Editorial: Take a page from the mining sector on rapid testing, Canada

Mobile, rapid testing devices are proving their worth in the mining industry. For us to recover, governments must also be fast and flexible in rapid adoption of these leading edge technologies
Oct 8, 2020 2:05 PM By: Editorial 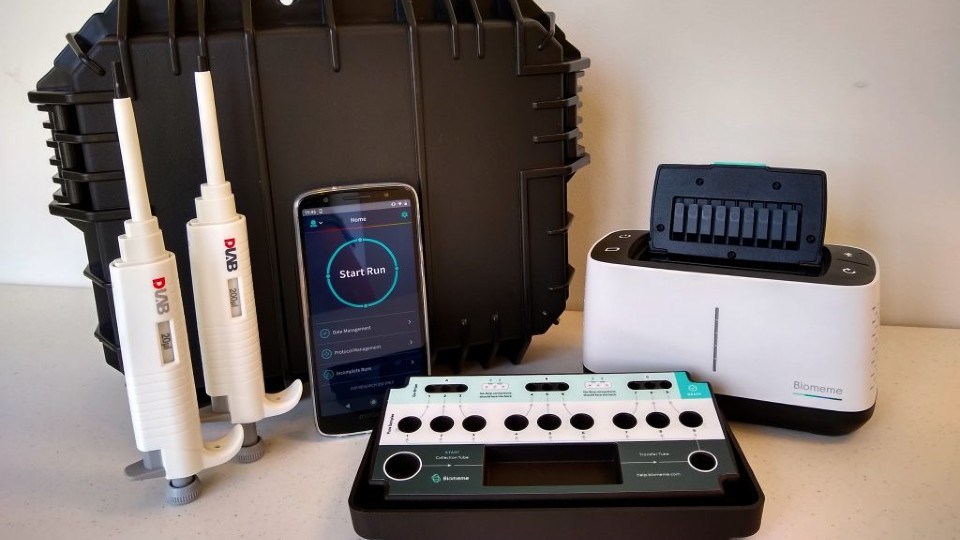 The New Gold Inc. mine in Rainy River has been using the Precision Biomonitoring kit since mid-July. (Supplied)

This week, Health Canada approved the first rapid antigen test for COVID-19 and the federal government has vowed to have 8.5 million of them on hand by year’s end.

This is excellent news that cannot come soon enough.

In immunology, an antigen is a molecule on the exterior of virus cells. When the body detects an antigen, an immune response is triggered. Since each virus has its own specific antigen, the molecule can be used to determine if a person has come in contact with the virus associated with that antigen.

Logjams at backlogged laboratories tasked with testing tens of thousands of samples for the SARS-CoV-2  virus that causes COVID-19 is an untenable situation that must be addressed sooner rather than later.

Sudbury.com has seen numerous frustrated posts on social media in the past week from Sudburians confused as to why it was taking, in some cases, more than a week to receive their results. These backlogs force people into holding patterns unable to return to work or school — or even leave their homes — until they know if they have been exposed to the virus.

Those that do not are forced to visit already taxed food banks or lean on family and friends for support. Sadly, there are many people without any kind of safety net who have and will fall through the cracks.

As social upheaval always does, those falling through the cracks are society’s most marginalized and most vulnerable: the poor, immigrants, people with disabilities, those for whom an already precarious situation is made worse by the pandemic.

And the impact of these backlogs ripples through an entire economy: people who cannot work, cannot spend; businesses that rely on having workers on site (those that cannot pivot and have staff work remotely) are hampered by staffing issues, on top of being hamstrung by a lack of shoppers.

Ready access to rapid antigen testing would quickly put an end to these frustrations. Rather than waiting a day or a week, test results would be available in about an hour.

Now, the rapid tests are not quite as accurate as the standard swab test. For a positive result, the accuracy is in the low to mid 90th percentile for most tests, but the accuracy of a negative result is around 99 per cent. A positive result would confirm the person should stay isolated and get swabbed to be certain.

But a negative test, at 99 per cent, would be sufficient for a person to get on with their lives.

Much as we have mining to thank for the steam engine and the locomotive, the sector has led the way on rapid testing in Canada, and we have to look no further than Rainy River in northwestern Ontario for an example of that.

Industry cannot turn off the machines, as it were, for extended periods of time. Not only do shareholders get nervous, but more importantly supply chains and people’s livelihoods are put in jeopardy. Besides the obvious health risks from the virus itself, widespread and long-term shutdowns lead to shortages of goods, materials and products that people absolutely cannot live without.

Shortages, particularly of food and other necessities, have the potential to do far more damage than the pandemic itself.

The last thing a pandemic-stricken country needs are bread riots.

New Gold Inc. in Rainy River began using a rapid testing machine in mid-July, after receiving Health Canada approval. Not only has it allowed the mine to remain fully operational, but more importantly, it is able to do so while keeping workers and their families safe from the virus.

Given that COVID-19, by all credible estimates, is not even a year old yet, researchers have made great progress in isolating it, sequencing its genetics and creating reliable tests in short order.

However, Canada is still months away from deploying the rapid tests that will allow society to get back to as close to normal as possible in advance of the development of a vaccine.

Rapid testing’s strength is not limited to speedy results either. The machines are portable, meaning testing can be decentralized. Rather than sending people to testing centres, testing machines can go to the people, increasing the testing rate exponentially.

This would allow not only for faster results, but universal testing at the community level. Short of a vaccine, this is the best way to get ahead of this pandemic.

If industry here and abroad has had rapid testing in place for months now, there are already likely thousands of test cases for safety and efficacy.

It seems to us governments should be using the industrial experience and data from rapid testing, in Canada and abroad, to get rapid-test machines into city halls, schools, pharmacies and any other location people tend to congregate.

Taxpayer dollars can be used to incentivize the public and private sector to purchase rapid-test devices to further increase opportunities for people to be tested.

The federal and provincial governments have been able to fast-track production and distribution of ventilators and PPE. Rapid testing is equally, if not more, important than either of these.

As much as small, mobile, rapid testing devices are proving their worth in the mining industry, governments must also be fast and flexible in rapid adoption of these leading edge technologies to help maintain the momentum toward economic and societal recovery.