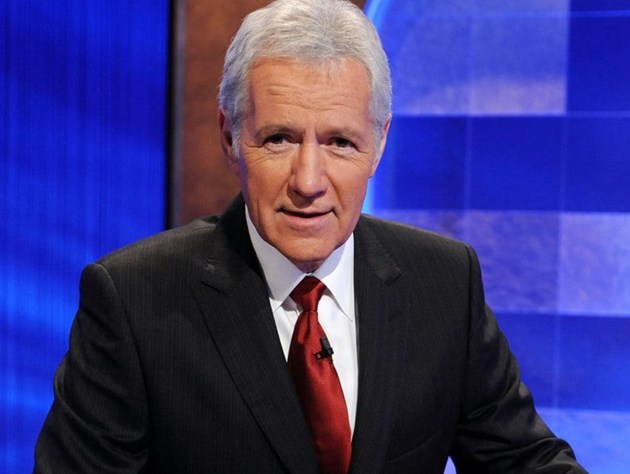 Jeopardy! host -- and Sudbury native -- Alex Trebek said Thursday he has finished cancer treatments and is excited to host another season of his long-time game show. (File)

Jeopardy! host Alex Trebek says he has finished cancer treatments and is excited to host another season of his long-time game show.

Trebek, 78, released a video announcing his return Thursday. The Sudbury-born game show host revealed March 6 he had stage 4 pancreatic cancer, a particularly deadly form of the disease with a survival rate measured in months.

But he announced in May that treatments were going well, and the video released Thursday showed him behind the scenes during the production of the new season.

“Well, it's another day at the office for me and an exciting day because so many great things have been happening,” he says in the video. “I've gone through a lot of chemotherapy and thankfully that is now over. I'm on the mend. That's all I can hope for right now.”

Trebek is also seen answering questions from the Jeopardy! audience during the taping of an episode.

“Who would I want to play me if they ever did a biographical film about me?” he says, before deadpanning, “Betty White.”

Trebek was born in Sudbury in 1940, and spent his early years growing up in the Flour Mill area of the city. His mother was francophone and his father was a Ukrainian immigrant. After hosting shows in Canada, he gained worldwide fame as Jeopardy! host in 1984.

The show has been consistently popular since then, garnering Trebek a host of honours.

“We have some exciting things coming up, and I can't wait to share them with all of you,” he said in Thursday's video. “Let me tell you it's going to be a good year.”

Video: Dynamic Earth digs into the changing world of permafrost
Feb 11, 2020 5:00 PM
Comments
We welcome your feedback and encourage you to share your thoughts on this story. We ask that you be respectful of others and their points of view, refrain from personal attacks and stay on topic. To learn about our commenting policies and how we moderate, please read our Community Guidelines.