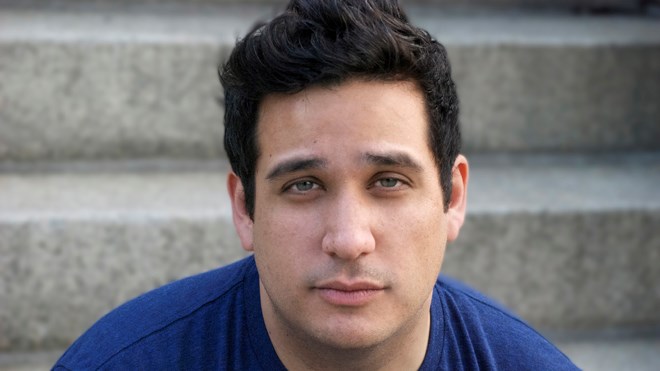 The latest Theatre Cambrian Late Night — set to take place starting at 9 p.m. April 23 — will finally bring some smiles to a month that's so far been cold and snowy.

"We have been pelted with rain, snow, slush, snow, and more snow," said Theatre Cambrian executive director Mark Mannisto, in a press release.

"Our comics that we have booked for April's Late Night will allow us to finally enjoy the springtime months and have a few laughs."

Patrick Hakeem is scheduled to headline the event. An up-and-coming comic from Montreal now based out of Toronto, he has performed at JFL 42, Zoofest, and the NXNE festival.

Hakeem's energetic presence on stage demands your full attention, and his ability to switch from role to role almost effortlessly is fantastic, leaving the audience wanting more. Like a magnet, he draws people in with his charm, and makes them laugh with his honesty and vulnerability.

Chris Robinson will also be performing. A young stand-up comic and actor who has been performing across Canada for the past seven years, he has a laid-back, conversational style.

North Bay native Clint Couchie will be emceeing the evening. He's a fast-rising comedian who made a big splash in Canadian comedy this past winter, by winning the LOL Comedy festival Stand-Up Contest in Sudbury for a second straight year.

Theatre Cambrian Late Night is an inexpensive way to have a night out on the town with family and friends. For $10 (advance), audiences will be able to enjoy great laughs and drinks with friends and family, making it a night you won’t soon forget.