Good morning, Greater Sudbury! Here are a few stories to kick off your weekend 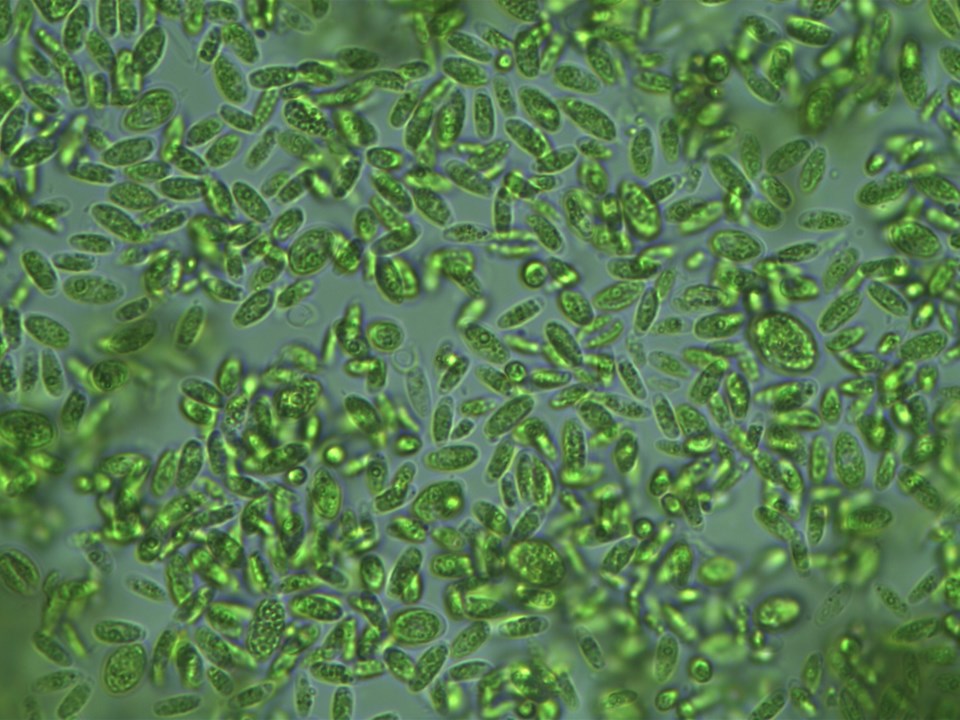 Some forms of microalgae in mine tailings could be useful in fighting some forms of cancer, research out of Laurentian University shows. (Supplied)

Good morning, Greater Sudbury! Here are a few stories to get you started on what promises to be a hot August day.

Mine tailings aren’t something most people want to have around. But what if we told you they might play a role, in a roundabout way, in the fight against some types of cancer? Dr. Gerusa Senhorinho, a postdoctoral fellow at Laurentian University, is glad that pandemic restrictions are easing because she is now able to get back to work in her laboratory again. She works in Sudbury studying the properties of microalgae that exist in low pH environments, such as old mine tailings water. The research so far has determined that some of the extracts from the algae might be useful in fighting some types of cancer.  The work, which has been underway for several years in Sudbury, was originally aimed at finding if mine water algae could be useful in creating antibiotics.

There are 92 new, confirmed cases of COVID-19 today in the province, according to the Public Health Ontario statistics released this morning. Of today's reported new cases, 38 are individuals between the ages of 20 and 39, and four are over the age of 80. Toronto Public Health reported the highest increase today with 30 new cases of COVID, while Peel Region reported 17. Public Health Sudbury and Districts has reported 92 cases, a rate of 45.2 per 100,000 population. There are four known active cases.

Video: Overdue fisherman, 90, airlifted to safety from lake near Field

A helicopter was needed to airlift a 90-year-old angler to safety Aug. 12 from the shore of Thistle Lake near Field. On Aug. 12 at around 9:30 p.m., Nipissing West OPP responded to a report of an overdue fisherman. “The 90-year-old male, from Waterloo, left his rental cottage at 11:30 a.m. to go fishing and was reported missing after he failed to return,” OPP said today in a news release. Due to the rough terrain and remote location, neither the OPP Marine Unit nor the OPP helicopter were able to get close enough to the boater. Therefore, the assistance of the Joint Rescue Coordination Centre (JRCC) out of CFB Trenton was requested to assist. It took about five hours, but finally at approximately 5:35 a.m., JRCC airlifted the man to safety. He was in good health, police said, but was transported to hospital as a precaution.

Read the full story and watch the video here.

Ontario’s four major education unions want an immediate meeting with the Minister of Labour and representatives from the Ministry of Education, contending that the government’s “Guide to Re-Opening Ontario’s Schools” fails to meet the requirements set out in the Ontario Occupational Health and Safety Act. The Guide “does not take every precaution reasonable in the circumstances to protect teachers and education workers as is required by Section 25(2)(h) of the Act”, according to a letter sent today to the Ministries by the Province's four major education unions. They represent more than 190,000 teachers and education workers who are expected to return to school in September under the government’s plan.

A trio of Sudbury men are each $47,857 richer after finally being able to claim the $143,573 Lotto 6/49 prize they won back in April. William Kingerski, Gary Kingerski and John Bilani, all of Sudbury, matched five numbers plus the bonus number to win the prize They also won $5 on another selection on the same ticket, bringing their total winnings to $143,573.70. William, a retired city worker, claimed the prize on behalf of the group. He told OLG staff that he discovered their win the day before the draw as he was planning to replay the winnings from his tickets.

Two years out and Sudbury already has its first mayoral candidate

Lifelong Sudbury resident Deke Zaher says he has plans to wipe the slate clean at city hall. This week, the downtown business owner announced his intention to run for mayor of Greater Sudbury in the 2022 election. The owner of Zaher’s Small Batch, makers of hummus and other Middle Eastern-style foods, on Elgin Street announced his candidacy in a video released on his Facebook on Aug. 12, in which he highlighted some of the pillars of his platform. Referencing the pandemic and the toll it has taken on people and the economy, Zaher took aim at Mayor Brian Bigger, questioning the mayor’s visibility over the past five months and accusing him of not taking responsibility during the pandemic. “Our mayor, where were you?” Zaher says in the video. With a background in social services, Zaher was quick to point out in an interview with Sudbury.com that he is not a politician; he is about people.

Greater Sudbury Police reported on Twitter this afternoon that Rachel Leblanc, who was reported missing on Aug. 11, has been located in good health. The police service thanked the public for assisting in the matter. Rachel Leblanc, 40, had beeb last seen at around 9 a.m. on Aug. 11 on Victoria Street, which is in Sudbury’s Little Britain neighbourhood west of downtown.

The Ontario Provincial Police continue to search for missing Sudbury woman Constance Richards, who was last seen Aug. 4. Since then, police located her vehicle near a sand pit off Fox Lake Road, 10 kilometres southwest of Cartier. Witnesses told police they had seen her driving erratically before she disappeared. An OPP helicopter and a canine unit is searching the area, alongside volunteer search and rescue members from the area, said OPP Const. Michelle Coulombe. So far, there has been no indication as to her whereabouts. The area contains dense bush, Coulombe said. Richards is described as white, 5-4 (163 cm), 120 pounds (54.4 kg), with a thin build, long brown hair, and brown eyes.

Here are six stories to start your day
Sep 24, 2020 6:00 AM
Comments
We welcome your feedback and encourage you to share your thoughts. We ask that you be respectful of others and their points of view, refrain from personal attacks and stay on topic. To learn about our commenting policies and how we moderate, please read our Community Guidelines.