‘Always make people feel welcomed … They may not have anyone else and including them will help them feel happy and productive’
Mar 4, 2020 11:57 AM By: Marlene Holkko Moore 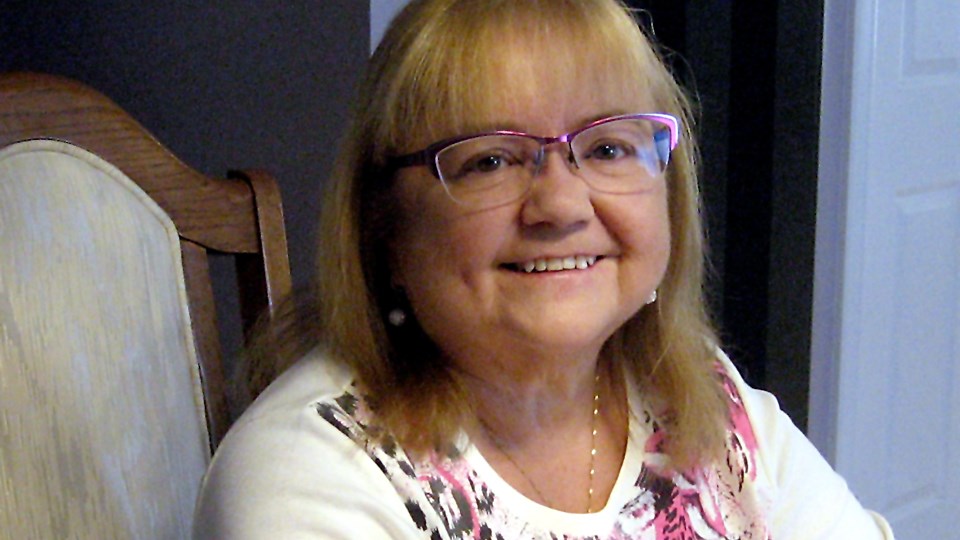 Sometimes you should just trust your heart to know the right thing to do. Years ago, Elise Denis did just that and it put her on track to giving back in a way that is helping the community and her elderly mother.

Denis (née Brunet), her sister and two brothers grew up in the historical Flour Mill, a working-class section of Greater Sudbury. Although their parents were poor, Denis said the Brunet kids didn’t feel they were any less fortunate “probably because most of our neighbours were in a similar situation.”

“My mother was especially generous and giving,” she added. “Despite having little money, our parents were always there for others. Although volunteering, per se, wasn’t a topic we talked about in our household, my family knew the value of community and helping those in need.”

Denis retired from BMO in 2013, having proudly served for 38 years. Reflecting on her career, she described how the financial institution encouraged its employees to make a difference in their respective communities.

“The bank had a program where everyone had the opportunity to personally donate and earmark their contribution to a charity of choice. Following my heart, I chose the Alzheimer Society. I felt that maybe one day down the road my family might need their services and so I wanted to support them.”

Through her employer, Denis also became involved with United Way. She credits a former co-worker for mentoring her as a volunteer. In fact, the two women served together for several years on the organization’s allocations committee.

“Whether it’s a dollar per pay or significantly more, depending on one’s financial situation, people should know that every little bit counts.”

Denis’ husband of 41 years, Yvan, passed away in 2010. Their daughter Joanne, son-in-law Michel and granddaughter Willow live in Ottawa.

“Yvan always supported my community involvement,” said Denis. That giving spirit has carried on in the family. “Our daughter has been an active volunteer with various groups in Ottawa for more than 15 years.”

Denis’ life partner, Bob, returned home to Sudbury soon after retiring from the Alberta oilsands. She feels blessed that he is also very supportive of her, especially now that her mother, Gracia, is in resident care.

Before moving into Pioneer Manor in December 2018, Denis’ mother took part in the day program offered by the Alzheimer Society Sudbury-Manitoulin North Bay and Districts.

“It’s an amazing initiative run by such caring professionals,” she said. “Somehow, I knew that mom would be in good hands. I didn’t have to worry about her. She was enjoying the company of others, and not missing me while I was at work.

“The leader of the Alzheimer’s day program, Chantal Gravel, does a fantastic job and the program is a lifesaver for caregivers. My mother really benefited from participating in their group activities during the six years she was a client.”

Since retiring, Denis is involved as a bingo volunteer, raising funds for the society through Delta Bingo. At Pioneer Manor, she helps residents who love to play bingo, but who may have a difficult time recognizing numbers or marking their cards.

Now that her 89-year-old mother resides at the Manor, Denis reiterated how important socializing is for nursing home residents.

“It helps fend off loneliness and helps keep spirits up, particularly for those who have no family to visit them. When I visit my mom, I make sure to include other residents in our conversation and the ladies really enjoy one another’s company. The residents care about each other just as much as the staff care about them.”

Denis has made a personal vow to meet one new person on each visit to Pioneer Manor.

“I introduce myself to a resident I don’t know and memorize their name so that next time I say hello, they feel good that I remembered them.

“My siblings and I know that, despite having Alzheimer’s, our mother is still generous and caring, with a zest for life. I’m so happy she is receiving the best of care. It’s a privilege to work with organizations who make such a positive difference in the lives of others, including our mom.”

Always make people feel welcomed. Include them when you engage others in conversation so they’re not alone and isolated. They may not have anyone else and including them will help them feel happy and productive. One day you may be the one who needs help to lift your spirits.