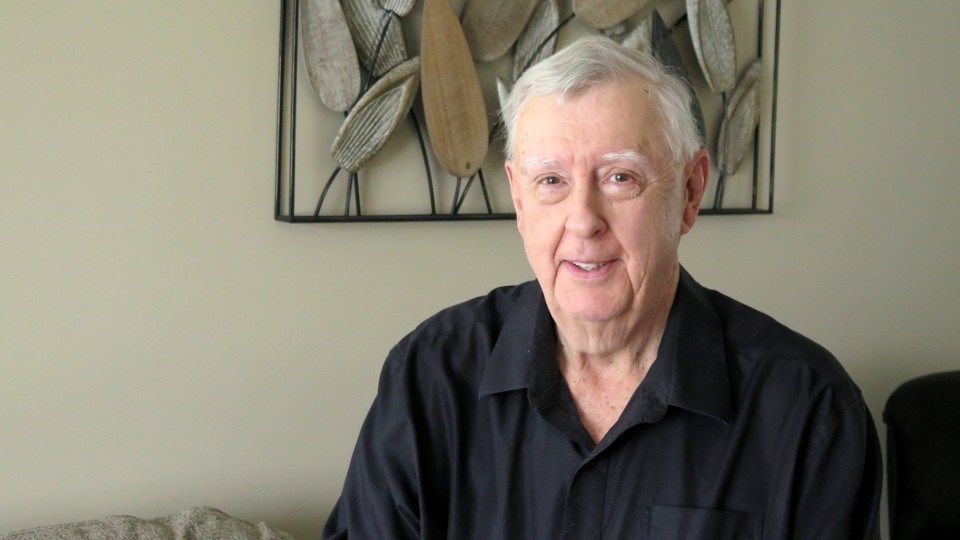 Dan Lee is a retired OPP officer with an impressive resumé of volunteering. (Supplied)

Dan Lee is a longstanding, highly respected local volunteer, known not only for his tenacious dedication to the sports community, but also as a tireless advocate for beautifying the Nickel City.

Born in 1944 in Parry Sound to John and Margaret Lee, he and his late sister, Rosemary, were exposed as kids to many different sports and to volunteering.

Lee’s mother was an accomplished national athlete, having competed in track and field in the British Empire Games in the 1930s.  She was also a member of the provincial championship teams for both basketball and baseball.

Lee’s upbringing explains his affinity for sports. “I guess it’s in my blood.”

As Lee’s father was an officer with the Ontario Provincial Police (OPP), the family relocated often, residing mostly in central and Northern Ontario communities. His childhood was spent in Parry Sound, Barrie, Bradford and Stayner.

Lee grew to love the North, and followed in his father’s footsteps by joining the OPP in 1965. He was subsequently posted to Geraldton, Upsala, Japan and, finally, to Sudbury.

Lee met his wife, Susie, when they were both posted to Expo ’70 in Osaka, Japan. They married a year later in Susie’s hometown of Wellington, New Zealand. The Lees are proud parents of daughter Cathy, and son Tim, who both live and work in Greater Sudbury.

“We’re so fortunate that our kids and grandkids live close by. The pandemic hasn’t interfered with our interaction. The young ones often bike over to see us but, of course, everyone observes social distancing.”

Lee volunteers because he loves Sudbury and wants to make a difference. And make a difference he certainly has, with a volunteer resumé that includes leadership positions and grassroots roles with Sudbury Community Services, the Salvation Army, Holy Redeemer Church, Operation Red Nose and the OPP Veterans Association.

His inherent love of sports led Lee to help organize Sudbury’s hosting of both the Ontario and the Canadian Special Olympics Summer Games, as well as the Ontario Summer Games. He has volunteered with the ESSO Cup National Midget Girls’ Hockey Championship, the Scott’s Tournament of Hearts National Curling Championship, and various youth track and field meets.

Lee currently serves as president of Sportlink (Sudbury’s sports council) and he is the founder of the OPP Strike Force Sports Group.

Lee is particularly proud that the Special Olympics games came in highly praised and under budget, and the fact that the OPP Strike Force has now been operational for 33 years. In its heyday, it supported 34 teams in various sports, including hockey, ringette, baseball, basketball and soccer for girls and boys. Last year, he was inducted into Sudbury’s Sports Hall of Fame.

After serving for more than three decades with the OPP, Sergeant Dan Lee retired in 1996.

“That gave me more time to volunteer and say ‘yes’ to advocating for an initiative to revitalize the downtown core. “

He joined Ursula Sauve and Colin Firth in beautifying the Paris Street bridge, now known as the Bridge of Nations.

The Bridge of Nations officially opened on Canada Day in 2007. Today, flags from more than 80 countries – representing Greater Sudbury’s diversity of citizens and culture – fly along both sides of the overpass. Lee continues to advocate for improving the bridge’s appearance with lights and artwork.

In addition to his passion for sports and community, Dan and his wife love to travel the world, and have seen the better part of it during their 49-year marriage. He feels very fortunate to have had the health and means to enjoy doing the things he loves.

"You don’t need special expertise to volunteer; you just need the will to engage. It’s always a learning curve.  Volunteering is a rewarding experience where you can enjoy accomplishing a goal in the company of the nicest possible people. You come away with strong friendships that last a lifetime and have the pleasure and privilege of meeting people from all walks of life and from all around the world. You meet the best people because the best people volunteer."

Marlene Holkko Moore is a communications professional in Greater Sudbury and a regular contributor to Sudbury.com.

Her mother taught her community was everything, so she passed that along to her own children
Jun 24, 2020 12:04 PM

Tireless volunteer improvises way to keep giving back during pandemic
Jun 17, 2020 12:00 PM
Comments
We welcome your feedback and encourage you to share your thoughts. We ask that you be respectful of others and their points of view, refrain from personal attacks and stay on topic. To learn about our commenting policies and how we moderate, please read our Community Guidelines.