It’s time to listen to PSWs and front-line workers 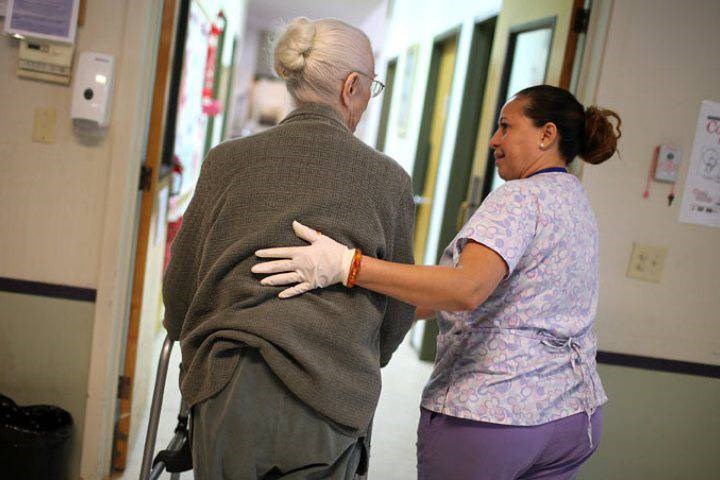 Once again, the provincial government has left front-line workers in long-term care

(LTC) homes to fend for themselves.

The Ontario government set up the Ontario Long-Term Care Staffing Advisory Group to provide advice on how to deal with the chronic shortage of PSWs in Long-Term Care homes. One would presume that the input by PSWs would be of utmost importance. Well, it appears that it is not so.

The advisory group is composed of academics, researchers, and directors of “for-profit” LTC management companies while totally ignoring front-line workers. I’m sure these people are knowledgeable, but they don’t understand the daily difficulties that front-line workers face in caring for residents in LTC facilities. My fear is that their report will read well, but no substantive changes to improve the crisis will be made.

If one were a cynic, it would appear this would conflict with the vested interest of companies and groups who profit from providing for the care of residents in their LTC facilities.

Premier Ford has stated that lessons can be learned from business on how to run LTC homes and make them more efficient. The absence of government action over several decades has encouraged private operators to profit from providing care for the elderly and vulnerable in our society. I will remind Premier Ford that study after study has shown that their performance is less than exemplary. It appears that profits come before quality care in too many homes. About 80 per cent of COVID deaths in the province have occurred in LTC and retirement homes, yet the government has turned its face away from PSWs who have told “horror” stories about the directions and working conditions they were told to follow.

When changes are made, we do not need more regulations and bureaucracy to hamper the care that workers want to provide and that residents deserve. This is the time for the advisory group to listen to PSWs and front-line workers and heed their advice. This is the time to put resident care and welfare at the forefront where it belongs.