Long Lake Gold Mine cleanup must be a priority

Recent meeting with ENDM was educational, letter writer says
Jan 21, 2021 1:00 PM By: Letter to the Editor 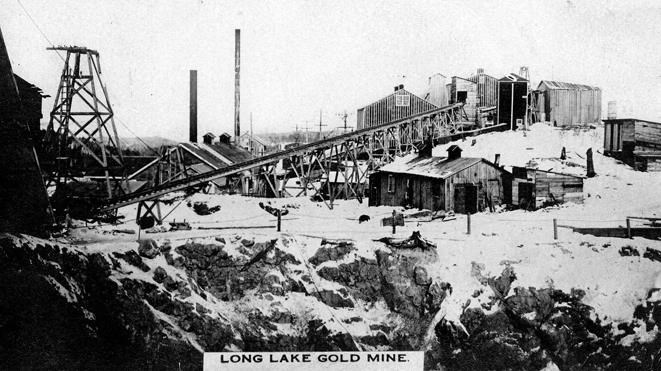 The Long Lake Gold Mine (historical image shown above) is to blame for high arsenic levels in the south end of Long Lake. (Supplied)

It was good to have an update meeting with the Ministry of Energy, Northern Development and Mines (ENDM). It has been a few years since anyone at ENDM has taken a real interest in this project.

We are soon to enter year 11 of studying this project with no shovels in the ground. Meanwhile, the arsenic continues to leach into Long Lake and a chain of lakes and rivers for some 14 km south west of Long Lake.

Someone said that at least the leaching is getting smaller each year. This kind of stuck in my gut as I remember being called 12 years ago by Testmark Labs in Garson to come out and talk to them about the new found arsenic sample I had taken to them from Long Lake.

They had asked me to resample, and I had, so now they wanted to talk about the samples. We were in a boardroom, three of their staff attended. They told me that as a company policy they only do tests and do not discuss the samples or give advice. But for our sample they were going to break their normal policy. They told me that the arsenic readings were so extraordinarily high they wanted me to understand this. It was very unusual and must be addressed as it was from a public lake, which people swim in, shower with and most importantly drink from.

I have never forgotten this meeting. Maybe the readings are getting slightly less each year, but we must put an end to it. It’s too dangerous to leave any longer, let alone another 11 years that has gone by.

It was explained to us how complex this project is. Really nothing new to those of us that has been working on this for the past 11 years. The permitting/approvals are staggering and intertwined through so many government agencies. MOE, MNR, DOF, City of Sudbury, Conservation Sudbury, ENDM, Department of Indigenous and Northern Affairs Canada and so on. Municipal, Provincial and Federal levels of government.

Staggering really, but it must be possible.

It was explained to us that while some permits/approvals are gained, they expire before another agency's approval comes through. Frustrating. but again there must be a way to do this successfully.

ENDM needs to assign more people to push this project through. It’s too much for an individual to do or maybe even for one local office to handle. Maybe an outside engineering firm needs to be hired that does this routinely.

If you think about ENDM salaries spent on this project over the past 10 or 11 years, how much would an engineering firm charge? I’m told this project will cost more than $35 million.

We are now working with the eighth person from ENDM who has been assigned to lead this project. It has been explained that people bid in and out as per their right and they have not been able to keep anyone on the project for any length of time. Thus another reason for my thoughts of a team to work on this so if one person leaves it is not so crucial.

As many of you know, the project was very close three years ago to actually starting, however, a single resident on Long Lake Road, and former director at ENDM , wrote a letter to ENDM to complain about vehicle traffic going to the mine on Long Lake Road and the project came to a halt.

Now three years later, we are again re-thinking the project.

A) A work around to traffic using Long Lake Road is to come up from Killarney road. Punching a road this length and of size to handle haulage trucks is no small feat. Waterways have to be crossed and a special protected environmentally sensitive forest has to be crossed. A huge problem. (MPP France Gélinas has spoken to the MNR about this and has been assured this road will never be approved)

B) Our neighbours at Atikameksheng Anishnawbek First Nation have a big stake in this cleanup, too, as the lake is fronted by them and a large portion of the land to be removed is on their land. They have requested to supply gravel to the project from a pit over at Round Lake. This sounds good, but to get to the gold mine, they will be building a road right around the bottom of Long Lake.

We have serious concerns regarding this. Material and dust will get into the lake. A lot of lakeside vegetation will be stripped. The logic of using this gravel does not work when you know that it will have to be handled multiple times in order to get used at the restoration project itself. It would have to be trucked over, stockpiled and then trucked again once it is required because the new haulage road would have to be removed once the excavation near the lake starts. Logically, environmentally and cost wise the Round Lake gravel is not feasible. The permits required add a lot of complexity.

C) ENDM is considering opening their pit close to the gold mine. Again some complexity as far as permits and land restoration are concerned, but doable.

We were very impressed by the new project leader from ENDM. He is experienced, has been to all the areas of concern and has some good ideas. But his hands are tied when you consider (A) (B) and (C). It would be a lot simpler to come down Long Lake Road. The project, once started, will last two years. The vast majority of traffic would be driving into work and staying there for their shift. There will be a huge difference in haulage traffic if we use the gravel close to the mine. Apparently there is a private pit close, too. For a short time, a few months, six trucks an hour would come down Long Lake Road.

ENDM will commit to restrictions on traffic for speed controls, volume and to avoid school bus times. Fines that will make the contractor be careful will be in their contracts.

ENDM has committed to leaving us a better road than when they start. We hear city staff is on board (details to be worked out).

We had a meeting with MPP Gélinas, too, about the mine cleanup. It was Gélinas opinion that this project will not proceed with the current ENDM direction. It has been years since they have even assigned someone to the project. Gélinas has spoken directly to the Minister of ENDM regarding this project, at our request, and has been assured this project is a ministry high priority.

When you take into account that the last detailed study completed by SNC Lavalin was completed in 2017 and to date no action has been taken to implement it, and when you add the fact that a full-time project leader has not been assigned to the project in over three years, it is highly illogical that this is a priority project.

Gélinas has suggested a letter-writing campaign.

We have a very serious problem at the gold mine. Out of over a thousand abandoned mine sites in the province, the Long Lake Gold Mine cleanup is ranked No. 4 due to its contamination. It’s time to get it done folks.

*An earlier version of this story incorrectly identified Mr. Butcher as the chair of the Long Lake Stewardship Committee, a position he once held but does no longer.