Delaying urgent work to 'showboat' proves election can't come soon enough
May 17, 2019 11:00 AM By: Letter to the Editor 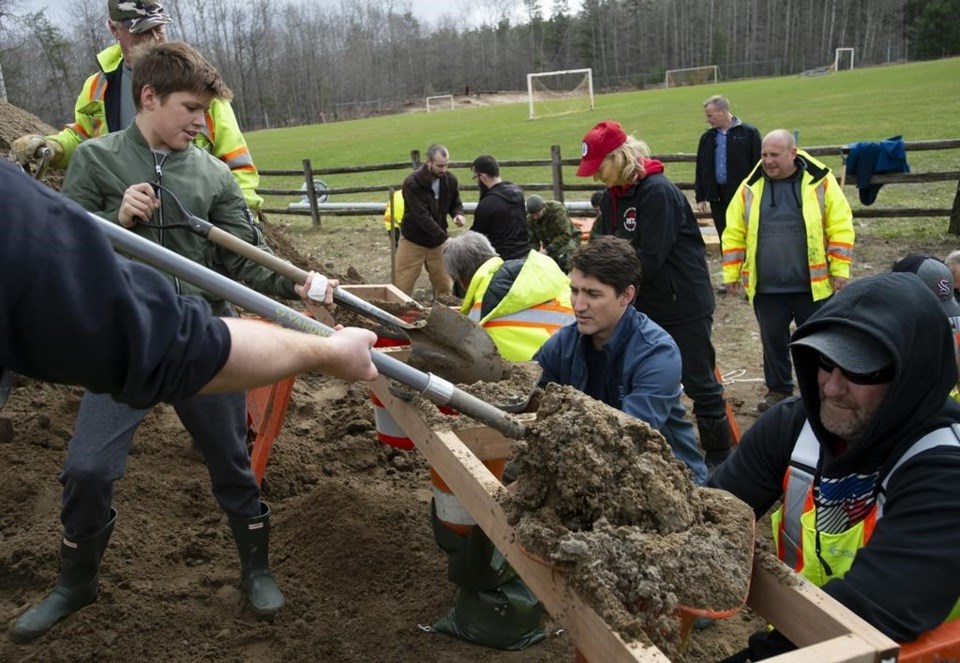 Prime Minister Justin Trudeau and his son Xavier fill sandbags in the Ottawa community of Constance Bay as flooding continues to affect the region on Saturday, April 27, 2019. THE CANADIAN PRESS/Justin Tang

Canadians were treated to a recent jocund news scene in the unfortunate flooded parts of Ottawa that was almost surreal.

Here was the elected Prime Minister of Canada, Justin Trudeau, shoveling sand into a bag for at least two minutes, in front of a bevy of TV and newspaper cameras.

Imagine that! A Canadian Prime Minister, sincerely and unselfishly, without regard for publicity, taking time from his busy schedule backed by his large security force, pitching in at a badly flooded neighbourhood to aim a few shovels of sand into a bag.

Talk about grit, down-to-earth humility, anonymity and selflessness, just to help those poor dedicated volunteers working around the clock to ease the flooding in Ottawa.

However, some of his entourage did not take kindly to one hard-working volunteer loudly reprimanding the prime minister for his show-boating photo-op, thereby, delaying the urgent work to be done. Now, where did this volunteer ever get that idea?