A F***ed Up interview: River and Sky headliner on origins of band's profane name

'Be there' at Saturday night show 'or forever be bitten by mosquitoes,' says Jonah Falco, a member of the Toronto punk band
Jul 15, 2019 9:00 PM By: Heidi Ulrichsen 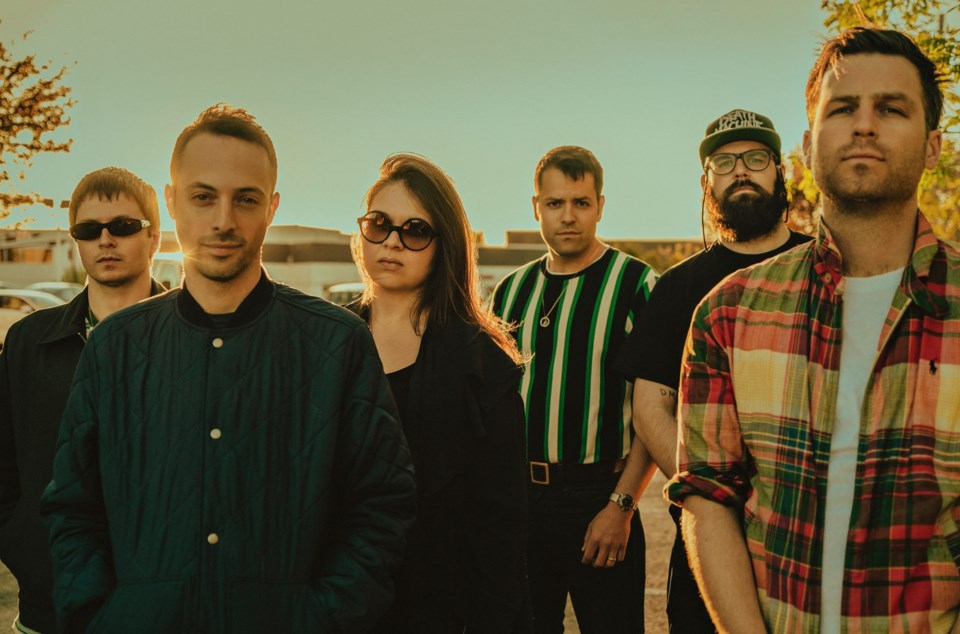 The members of Toronto punk band F***ed Up were young men in 2001 when they picked the band's profane name.

It can be awkward walking around with a F***ed Up t-shirt, and parents don't love it, but nearly two decades later, the name is still there.

“I think we were all in a similar headspace in our late teens, early 20s — angry, discovering this music that was also angry,” said drummer and vocalist Jonah Falco, adding that the name fit at the time.

“I'm 37 years old and play drums in a band with a bad word in the name,” Falco laughs. “It is what our band is called, but our band has diverged so much. It's like a turtle shell or the house of a hermit crab or something.”

Hilariously, in 2008, F***ed Up took part in a event called Festival of the F*** Bands music festival in the village of Fucking, Austria (since it's a proper place name, we decided not to censor that one) with similarly-named bands.

Surprisingly, F***ed Up hasn't received many hassles about its name, other than the time it somehow got booked for a gig at a long-term care home in British Columbia, and had to change its name for the day.

Falco recently spoke to Sudbury.com from his home in London, England, where he lives with his British wife, ahead of F***ed Up's headlining performance at River & Sky Music/Camping Festival Saturday, July 20.

Although he didn't know much about River & Sky before our conversation, he seemed excited about people camping out at the festival, located at the Fishers' Paradise campground on the shores of the Sturgeon River.

Falco said he used to do really long canoe trips in Northern Ontario much further north than we are here in Greater Sudbury.

“I am no stranger to wiping my a** with moss and batting away swarms of blackflies that have the consistency of chunky chili,” he said.

Although described as a “hardcore punk band” on its Wikipedia page, Falco describes F***ed Up's music this way  — psychadelic punk with references to electronic music “and the best bit of 80s hardcore punk, extracted to the point of near non-recognizability.”

The band, which won the 2009 Polaris Music Prize for its second studio album, The Chemistry of Common Life, just released its fifth studio album, Dose Your Dreams, in 2018 after a hiatus.

Many of the band's albums refer to a fictional character named David introduced on its first LP, Hidden World.

The character originated as a parallel “of a friend of ours called Ian from New York,” said Falco. But really David is just a device for F***ed Up to write about the world around them.

“We found more and more opportunity to write this character into the works of the band, almost like a parallel for ourselves or a parallel or conduit for what we want to talk about,” Falco said.

He said he's looking forward to his upcoming performance at River & Sky.

“We try and just play as honestly as possible and bring as much of a solid representation of music to the stage and reproduce it as best we can,” Falco said.

“You can expect to be interacted with. The new record is a lot about connection and finding each other, and we hope that we project some of that positivity and bring it to the rivers and the skies.

“I think we play at 10 p.m. Be there or forever be bitten by mosquitoes.”

For more information about the festival's other headliners, and for tickets, visit River & Sky's website.