Dionne Quints, Coney Island and a cross-Atlantic voyage among the subjects of next season's offerings
May 17, 2019 9:00 PM By: Sudbury.com Staff 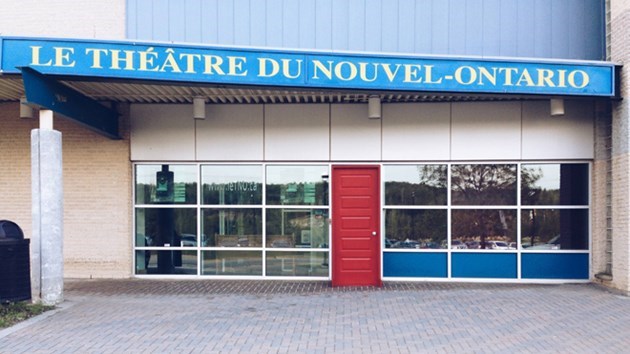 “The shows we’ve selected explore a variety of artistic mediums, from dance to miniature art installations by the way of a radio documentary,” said artistic director Marie-Pierre Proulx, in a press release.

“The season offers a look into different worlds which invite contemplation and encourage us to widen and extend the gaze we cast upon the world. I’m beyond excited to share next year’s programming with the community!”

Kicking things off in September, a special project will bookend an ongoing series of writing workshops, L’Écritoire bricolée, and will hand the microphone over to local artists.

During La Slague’s French Fest, the TNO invites the community to the theatrical happening “Plein la gueule!,” where a collective of local artists will bring to life writing imagined by community members from all walks of life during those workshops.

A recognizable landscape of slag and sounds will take shape before you during this festive gathering, presented one night only.

“Le Club des éphémères,” the most recent play from local artist Alain Doom will be directed by the young franco-ontarian director Dillon Orr.

This dramatic comedy anchored in the Nipissing region and inspired by the lives of the Dionne quintuplets, stars five experienced actresses, including local artist Hélène Dallaire.

She will be joined on stage by Marie-Hélène Fontaine, Diana Leblanc, Geneviève Langlois, and Diane Losier.

For a second time, director Ryan Demers will be taking the lead of TNO’s annual community production.

This play will submerge the audience in the wacky world of fitness with Gym Tonic, a comedy which explores the cult of beauty and physical performance with side-splitting humour.

Auditions will take place next fall to round off the cast of local amateur actors of the 40th edition of TNO’s community production.

The adult series includes three more shows, that will please a wide variety of theatregoers.

In November, “Aalaapi” gives voice to five young women torn between the North and the South. The show offers a touching journey to the heart of their lives in a form combining theatre and radio documentary.

In February, handy people, crafters, and anyone interested in contraptions of all kinds will have their minds blown by “Dreamland,” an installation providing an overview of the rise and fall of Coney Island’s amusement park.

You can watch a glimpse of this wild ride here! After directing last season’s “Jack,” Magali Lemèle returns to the TNO in May 2020 with her solo “Dans le bleu,” which will wrap up the season.

This fascinating travel story invites us to embark on a cross-Atlantic voyage aboard a sailboat.

TNO's youth series is also back again next season, with three powerful shows, for audiences of all ages. Little ones will plunge head first into “L’écho de l’écume,” a multidisciplinary world of sensory wonder, full of paint, a capella sea shanties, waves, and salty sea air.

Children four years old and up will discover the fascinating world of contemporary dance in “26 lettres à danser,” a show where the alphabet literally comes
to life on stage.

Finally, kids over eight years of age will experience the power of the stories that inhabit us, in “Mon Petit prince.”

Many of TNO's plays are available with English subtitles.

For more information about the theatre's offerings, visit letno.ca.