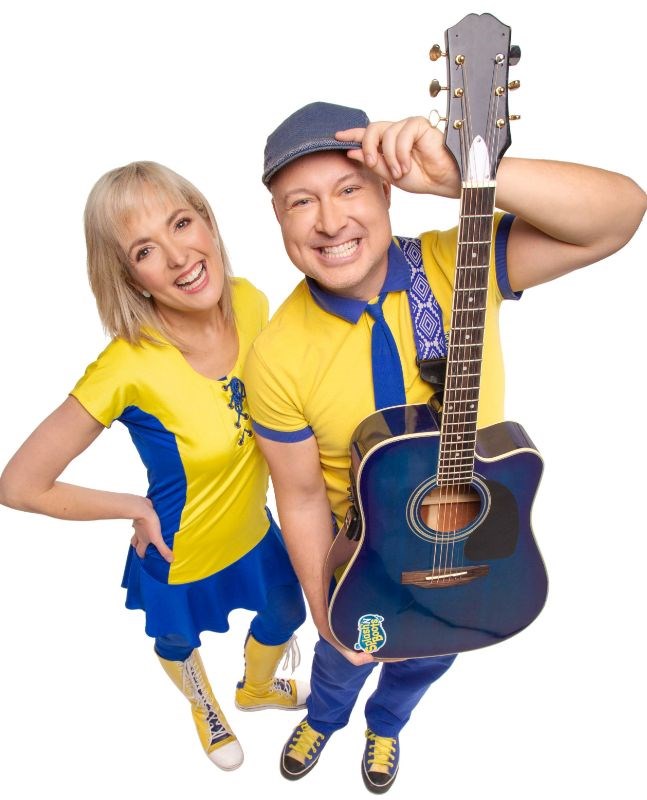 Splash'N Boots rose to prominence in the hearts and minds of families through music, live shows and television, said a press release.

Their music creates family dance parties; it is a soundtrack to bedtimes, mealtime and all moments in between. Since their inception, Splash'N Boots have released 12 original music albums, resulting in five consecutive Juno Award nominations for Children's Album of the Year between 2014 and 2018.

Their most recent album, “You, Me and the Sea,” co-written and produced by Alan Doyle (formerly of Great Big Sea), won the 2019 Juno Award for Children's Album of the Year.

On television, they appear daily in over 8.5 million homes across Canada with their number one TV show, The Big Yellow Boot, which is broadcast daily on Canada's top children's television network, Treehouse TV and Disney Jr. Canada, as well as the worldwide streaming platform Kidoodle.

They have toured North America, Dubai, Bermuda, Australia and Italy.

Splash'N Boots will be performing two shows at Sudbury Theatre Centre Sunday, Sept. 15. The first show runs at 10 a.m. and the second at 1 p.m.

Each performance will be followed by a 30-minute "meet and greet" in Steve's Encore lounge at STC.