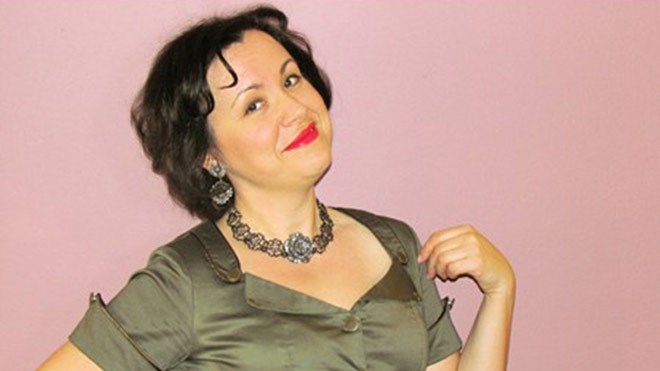 Comic Sandra Battaglini is set to perform at the Female Eye Film Festival opening on Nov. 22 at 7 p.m. at Rainbow Cinemas. Supplied photo.
The offering at this month's Theatre Cambrian Late Night, set to take place starting at 9 p.m. March 26, will be a homecoming of sorts.

“We are thrilled and excited to welcome back homegrown funny-woman Sandra Battaglini,” said executive director Mark Mannisto, in a press release. “This will be our first female headliner for Theatre Cambrian Late Night, so it seemed fitting to have Sandra kick things off for us.”

Battaglini is an award-winning stand-up comic, actor, and writer. She is the 2013 Canadian Comedy Award winner for her solo show, Classy Lady, directed by Phil Luzi, that premiered in Toronto in 2012.

Past performances include, Hard Headed Woman (Canadian Comedy Award Winner 2007), and Small Battalion of Soldiers (Canadian Comedy Award Nomination). She's toured with Yuk Yuks and Absolute Comedy, and co-hosts one of Toronto’s most alternative comedy nights, Family Slides, and The Sal & Sandy Show with Phil Luzi. Sandra also appears in David Cronenberg's latest feature, Maps to the Stars, that premiered at TIFF in 2014.

Joining Battaglini on stage will be Phil Luzi. He's an actor, comic, and Canadian Comedy Award-winning director, writing and hosting hit shows like The Sal & Sandy Show, and Family Slides, with his comedy partner, Battaglini.
Local funnyman Shawn McLaren will be emceeing the event. McLaren is a local comedian who has been involved in Sudbury’s creative community for the past 10 years, starting with the Canadian Improv Games, first as a player and eventually as coach during the National Improv Games in Ottawa.

Theatre Cambrian Late Night is an inexpensive way to have a night out on the town with family and friends. For $10 (advance), audiences will be able to enjoy great laughs, friends, family, and drinks, making it a night you won’t soon forget.