Celebrate the month of love with SSO

The Sudbury Symphony Orchestra (SSO) invites you to celebrate the month of love with a French-themed concert.
Feb 1, 2015 8:28 PM By: Sudbury.com Staff 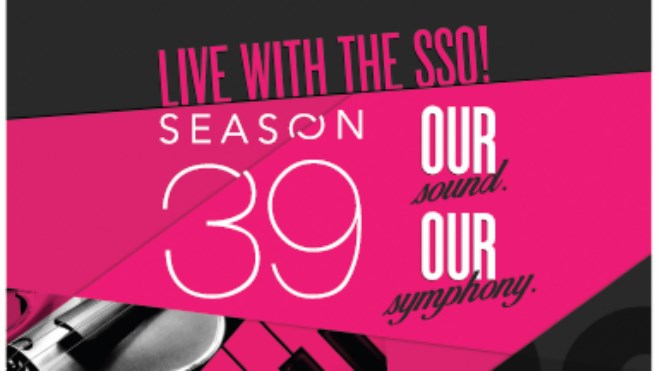 Half way through its 39th season, the SSO will explore the connections between music and love with French Romance, a concert featuring musical pieces inspired by the city of l’amour, Paris.

French Romance takes place at Glad Tidings Auditorium starting at 7:30 p.m. Feb. 7.
In addition to a night of romantic music, the orchestra has also selected a number of pieces that depict love in a variety of forms; all of which are tales as old as time.

In true Frankenstein style, Coppelius tries to bring his doll to life, although his plans are thwarted by Franz, a man also infatuated with Coppelia who simultaneously betrays his true-love, Swanhilde on his quest for the doll.

“Musical love stories are some of the best that exist, and in pieces like Firebird, it’ll be the first time the Orchestra has performed them,” said Victor Sawa, music director and conductor of the SSO.

“This concert doesn’t have a soloist or a special feature, as the Orchestra has a selection of masterpieces which will be spectacular themselves.”

The Orchestra will later demonstrate its virtuosic style, as the Firebird Suite, by Igor Stravinsky, is one of the greatest as well as of the most challenging compositions of modern times.

The French Romance concert will mark the SSO’s first time tackling this notoriously difficult musical suite. In this masterpiece, the heroic Prince Ivan falls in love with a beautiful princess and enlists the help of the Firebird to fight the evil magician Kashchei.

With assistance from the mythical creature, Prince Ivan learns the secret to Kashchei’s immortality and is able to break the spell, freeing all those who were bewitched, including his beautiful princess.