Cinéfest: 'The Savage Tales of Frank MacGuffin' is 100% Sudbury 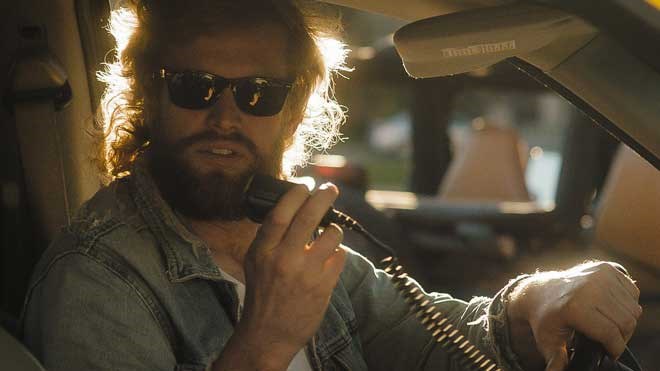 It runs at 9:30 p.m. in a double bill with “Buckout Road” as part of the festival's Cinema 9 Prime Time series.

What Milne describes as a psycho-thriller and rather “out there,” the film is about cab driver Frank MacGuffin, who is haunted and trying to wash his hands of the past, all set in the town of Fallingbrook.

Indifferent to his father's legacy and disdainful of his mother's bullying ways, he unravels a sinister plot that has been afoot all along.

“The Savage Tales of Frank MacGuffin” is a nail-biting journey through the twisted and bizarre underpinnings behind Fallingbrook’s sleepy town façade.

All those music videos Milne has produced certainly came in handy when it came time to casting his feature film. His cast list is something of a who's who of the local music scene.

“I've always felt that musicians, they have inherently the best traits,” he said. “They can act, they can perform.”

Almighty Rhombus member Clayton Drake — who has actually worked as a cab driver in the past — is the film's lead, Frank MacGuffin.

“There's a group, and they're all drivers,” Milne said.

“They're allergic to working a real job. They sit around and bitch and complain. But there's this nefarious plot. There's this conspiracy going on in the town, and they all kind of get embroiled in that.”

Mickey O'Brien of Kill the Autocrat is cast as Peter Rivest, also a cab driver and MacGuffin's best friend. This is his first acting role.

“I was super nervous, because I'd never done anything on film like that,” said the enthusiastic O'Brien, who was also part of Milne's film crew.

Milne said he filmed in the Sudbury area — which doubles for the fictional Fallingbrook — over two months last year on a low budget.

“It's all Sudbury crew, Sudbury cast,” he said.

“You can see your back yard in the film, you can see locally-bred talent in this film,” he said.

Cinéfest runs until Sunday night. For a full lineup and ticket information, visit the festival's website.

Sudbury’s Nicolas Mongeon didn’t win Wall of Chefs, but loved the experience
Sep 17, 2020 5:00 PM
Comments
We welcome your feedback and encourage you to share your thoughts. We ask that you be respectful of others and their points of view, refrain from personal attacks and stay on topic. To learn about our commenting policies and how we moderate, please read our Community Guidelines.