Film director Deepa Mehta, known for such acclaimed films as her 'Fire,' 'Earth,' 'Water' trilogy and (my favourite) 'Midnight's Children,' will be in town tonight for the local unveiling of her latest movie.
0
Sep 19, 2015 9:48 PM By: Darren MacDonald 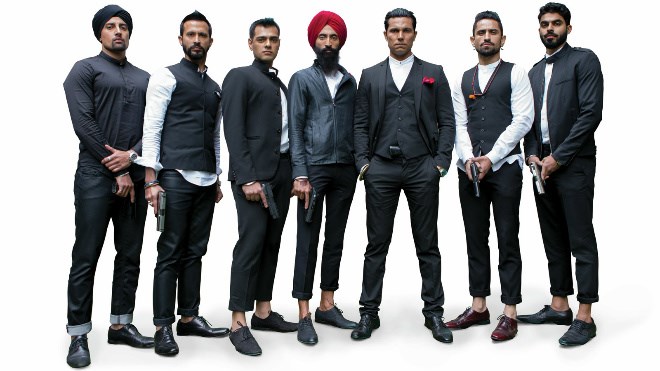 Celebrated film director Deepa Mehta, known for such films as her 'Fire,' 'Earth,' 'Water' trilogy and 'Midnight's Children,' will be in town tonight for the local unveiling of her latest movie, 'Beeba Boys.' Supplied photo.

Film director Deepa Mehta, known for such acclaimed films as her 'Fire,' 'Earth,' 'Water' trilogy and (my favourite) 'Midnight's Children,' will be in town tonight for the local unveiling of her latest movie.

Even as her international reputation has grown, Mehta has been a loyal visitor to Cinéfest, the biggest film festival in the North, but certainly not on the scale of TIFF that wrapped up last week.

In an interview just a fews hours before the Cinéfest Gala presentation of her latest film, 'Beeba Boys,' she said Sudbury's festival is a welcome change from the glitz and glamour she just left behind in Toronto.

“I love coming to Sudbury,” Mehta said. "I think Cinéfest is a fabulous festival. Especially as it comes right after TIFF -- which is excellent and very glamorous, and is also about the industry. But here you can wear your bluejeans and go and meet people, other filmmakers and get an opportunity to see other films.

"And the audiences are fantastic. It feels like an audience that really loves films, without the hype. They can also be very critical, which is a good way to figure out how a film is going to do in Canada."

Mehta is in new territory with 'Beeba Boys,' a film about Indo-Canadian criminals fighting a very public turf war in Vancouver. While the gangster film genre is stocked with classics ('The Godfather' films, 'Goodfellas,' 'Scarface' and 'Reservoir Dogs,' to name a few) she says she was never intimidated or inhibited by those earlier movies.

"I didn't even think about that – didn't even occur to me," she said. "I've been making dramatic films all my life, and there's a lot of dramatic films out there, and I didn't have any hesitation doing those. Otherwise I might stop making films because there are so many out there."

What her film has in common with those earlier classics are the universal experiences of newcomers who find themselves on the outside of the dominant culture, and using crime as a means to gain power.

Like Irish, Jewish, Italian, Asian and other communities before them, Canadians of Indian heritage are often on the outside looking in when it comes to the broader culture, and crime offers a flawed fastrack for some groups.

"It provides immediate power, respect, money, the ability to get noticed and be seen,” Mehta said. “A lot of it stems from being victims of racism in any community. It happened with the Italians -- and in the beginning everyone said, oh my god, all Italians belong to the mafia. But 50 years later, no one says that anymore.

"So this film isn't about a community. It's about an aspect of Canadians. The great thing about Canada is, in a way, that it's made out of many communities. This is a section of the community that I belong to."

But a life of crime isn't exclusive to minorities, and Mehta points out the dominant gang in Vancouver is the Hells Angels.

"They're all white, or mostly all white," she said.

So in way, gaining power through gangs is an aspect of cultural assimilation, and the main characters in 'Beeba Boys' are mostly second-generation Canadians.

"I think it's maybe part of assimilation. Getting involved in crime is perhaps one of the first steps toward assimilation in a new homeland."

Unlike the shiny suits of Tony Corleone or the track pants of Tony Soprano, the stars of Beeba Boys have a distinct style, boasting loud, bright colours – “something unique, something that was uniquely theirs,” Mehta writes in the press notes accompanying the film.

In conversation, Mehta says the fashion is, like everything else, inspired by and works to propel the narrative.

"Everything evolves from the story and the characters,” she said. “These characters are ones whose mantra, if you will, is we want to be seen. And in order to be seen, you have commit to being seen. That's not just internally and by what they do -- killing people and creating mayhem generally -- but also by what they decide to wear.

"Remember – nobody saw gangsters wearing track pants 50 years ago. But that happens now."

What does she hope tonight's audience at Cinéfest takes away from her film? One thing she hopes to do is to encourage audiences to see the challenges people face in her film as a problem for all Canadians, not just members of a specific group.

"I think it's the responsibility of the larger community -- it's Canada's problem,” Mehta said. “We need to look at it that way. I think the ghettoized communities, we can' look at them and say, 'OK, we have nothing to do with it.' That's really short sighted.

"And, of course, that crime doesn't pay. Unless you want to end up in a body bag, I guess."

Go to www.cinefest.com for more information

Sudbury Writers' Guild launches collaborative Hospital Mural Project
Feb 26, 2020 8:00 PM
Comments
We welcome your feedback and encourage you to share your thoughts on this story. We ask that you be respectful of others and their points of view, refrain from personal attacks and stay on topic. To learn about our commenting policies and how we moderate, please read our Community Guidelines.