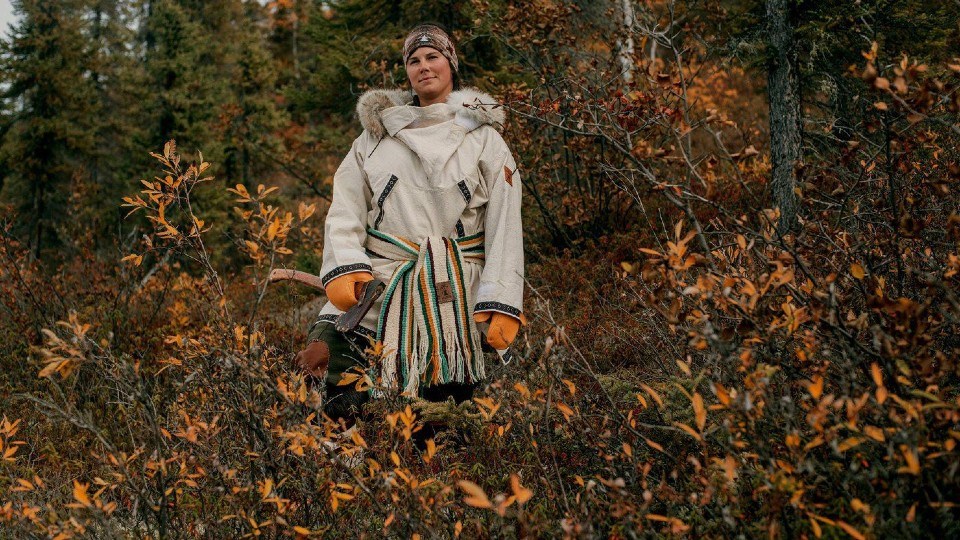 Last week, Kielyn Marrone’s journey on the shores of Great Slave Lake came to an end.

The Espanola woman was one of two female contestants and the only Canadian on the History channel’s 7th season of the extreme survival series Alone.

Marrone joined nine other survivalists who were competing to win $1 million – the biggest grand prize in the show’s history. Contestants had to survive the Arctic’s brutal conditions alone, with nothing but their survival tools and camera equipment, for 100 days.

Although she didn’t walk away with the grand prize, Marrone demonstrated her grit and determination by lasting a total of 80 days out in the wilderness, making her the second runner-up.

She was one of the last three survivalists on the show, joining cast members Callie Russell and the grand prize winner Roland Welker in the grand finale on Aug. 20.

“Tonight, is the night you get to find out how my story ends, which is a huge weight off my shoulders. I will celebrate tonight with Dave…in the quiet of our nest,” wrote Marrone on social media before the final episode aired.

“Callie, my sister, you are an incredible source of strength for me and I thank you for all of the amazing heart to heart talks that we've shared. We will forever be connected to this place together and for that I am thankful. Roland, mad respect for your lone wolf mentality and grit. I know under that hard shell of yours you are a soft teddy when given the chance.”

Marrone and her husband Dave live off the grid on a remote wilderness property just west of Sudbury. They co-own a wilderness expedition company called Lure of the North.

Together, they take people on expeditions to the most remote parts of Ontario and Quebec, snowshoeing through the boreal forest while using traditional survival techniques and gear. They also run skill set workshops and teach people how to make moccasins, mittens, and more.

It was this experience, combined with her training in the Outdoor Adventure Leadership program at Laurentian University, that gave her the skills she needed to survive.

“It was really important to me being the only Canadian and one of two women on the show, because I got the chance to show how resilient and tough we can be,” she said. “Hopefully, the show will inspire more women not only to try things like this, but also to be tough in their own minds and believe they can do anything.”

Callie Russell, 31, is a scavenger-gatherer from Flathead Valley, Montana who lives nomadically and works as an ancestral living skills instructor.

She is the first runner-up on this season of Alone, spending 89 days in the Arctic wilderness. In the end, Russell had to be medically evacuated due to frostbite of the toes.

Roland Welker, 47, works as a hunting guide in Red Devil, Alaska. He lasted 100 days alone in the Arctic, walking away with the grand prize of $1 million.

He dedicated his win to his recently departed mother, Mona Welker.

Events happening in Sudbury this week
Oct 29, 2020 1:00 PM
Comments
We welcome your feedback and encourage you to share your thoughts. We ask that you be respectful of others and their points of view, refrain from personal attacks and stay on topic. To learn about our commenting policies and how we moderate, please read our Community Guidelines.