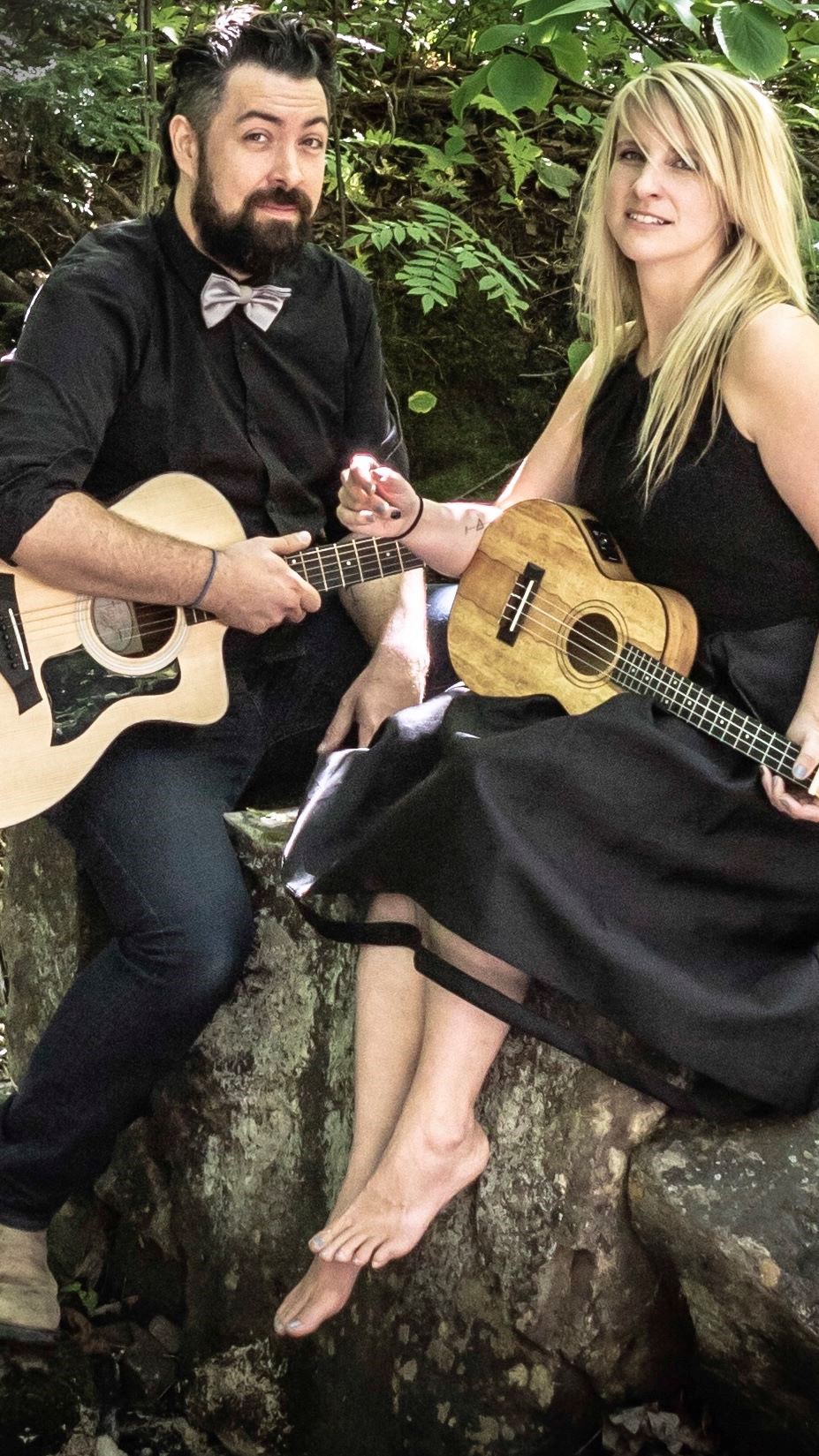 The duo is made up of Dayv Poulin of Sudbury and Loni Konkal of North Bay. The duo met in 2014 and began singing casually together. In the summer of 2017, they began performing live and adopted the name cAbiners to represent their relaxed and inviting vibe.

They perform a variety of cover and original material.

The key to cAbiners’ success is simplicity: one guitar, two voices, bathed in beautiful harmonies and blends.  They are known for their passion for music, an eclectic song selection, a natural talent for entertaining,

The band has played festivals, weddings, clubs and private events. They are currently working on new original material for an upcoming album release.

Poulin and Konkal also have a French project called "Le Paysagiste,” an award winning French project that has existed for over seven years, with three albums, numerous shows and festivals, and has been played on radio and Sirius XM.

For this special performance at Motley Kitchen, cAbiners will be performing material in both languages, playing some of their favorite originals and unique covers.

They will also be joined on stage by veteran local musician Matt Foy who will be playing percussion and light drums for most of the night. Some dancing party songs may also be included.