George Thorogood and the Destroyers to play Sudbury Arena in 2022 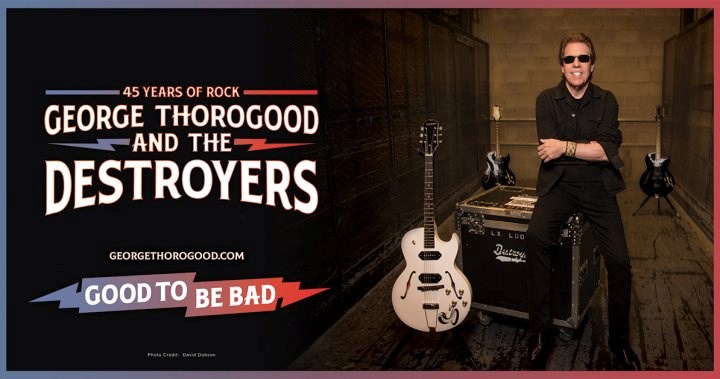 George Thorogood and the Destroyers.Supplied

The Sudbury Community Arena has announced legendary rockers George Thorogood and the Destroyers are playing our local barn (although not until next year).

The band plans to bring its “Good to be Bad: 45 years of Rock” tour to the arena on Friday, May 13, 2022, presented by Jones Entertainment Group.

The exclusive pre- sale for Sudbury Arena subscribers members happens Thursday, July 15 from 10 a.m. to 10 p.m. and is available online only, at www.greatersudbury.ca/tickets.

Since 1976, the band has sold over 15 million albums, built a classic catalog of hits, and played more than 8,000 ferocious live shows. They broke records with their 50 Dates/50 States Tour, delivered landmark performances at Live Aid and on SNL, and became mainstays of radio, MTV and stages worldwide for more than two generations.

Through it all, they’ve remained one of the most consistent – and consistently passionate – progenitors of blues-based rock in pop culture history.

For the past 45 years, it’s been very good to be George Thorogood & The Destroyers, and in 2021, their Good To Be Bad Tour: 45 Years Of Rock will prove why, like never before, said a press release.