Recording their parts separately, they put out several videos over the past few months
Jul 21, 2020 1:00 PM By: Heidi Ulrichsen 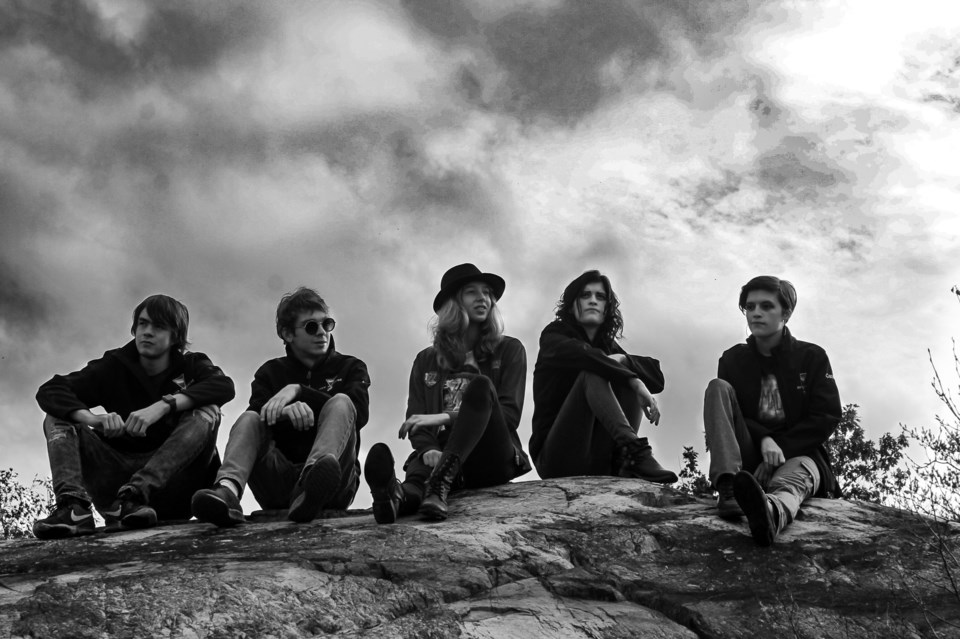 Even with Greater Sudbury entering Stage 3 reopening, and the province giving the green light for performance venues to reopen, it remains to be seen how the local arts scene will adapt — although artists have already been doing plenty of that during the pandemic.

Given the unusual situation, Sudbury.com decided to put the spotlight on local creators of all kinds this summer, whether they’re musicians, actors, filmmakers, authors or fine artists. Many have been putting out new work amid the pandemic.

One example is young local band Pop Mach!ne, which has been releasing what they’ve called “isolation jam” videos throughout the pandemic.

The five band members — who live in three different households — recorded their parts separately, and lead guitarist Cassandra Walli edited them together with video software. They recorded a mix of the band’s original tunes and covers.

Putting together the videos was a “lot of fun,” said Cassandra, whose fellow band members are her brother, Chris Walli, Candice and Emily Duval (they're twin sisters), and Keegan Beaulieu.

She said the band was inspired by other local musicians who have also been putting out videos during the pandemic.

“It was just something we could do because we couldn’t actually get together,” she said, adding that some of the videos actually had thousands of views on their YouTube channel.

“It was fun. We’re getting more used to creating videos, which was a good experience.”

The band finally got together in person when they were allowed to expand their social circle, and recorded a video of Kansas’ “Carry on Wayward Son.”

Cassandra said getting the band together in person again was a very special experience.

”Oh yeah, we were really missing jamming together. so when we actually were able to get in the same room once again, it was really awesome. We were all so happy to be together again.”

The Lively-based band started in 2015 when most of the members were still in late elementary school — three of its members have recently graduated from high school, and the other two are in post-secondary school. They released their debut album in 2019.

Like all bands, Pop Mach!ne is missing out on a lot of gigs this summer due to the pandemic. It was supposed to play at several local festivals, including the Anderson Farm Museum’s Rock the Farm series and fall fair, as well as Espanola’s Lobsterfest.

The band was also supposed to open for a Kiss tribute band at the Grace Hartman Amphitheatre last month.

“Those are all cancelled,” Cassandra said. “It’s really disappointing. We were hoping to play some Southern Ontario gigs this summer too, but obviously that can’t happen anymore.”