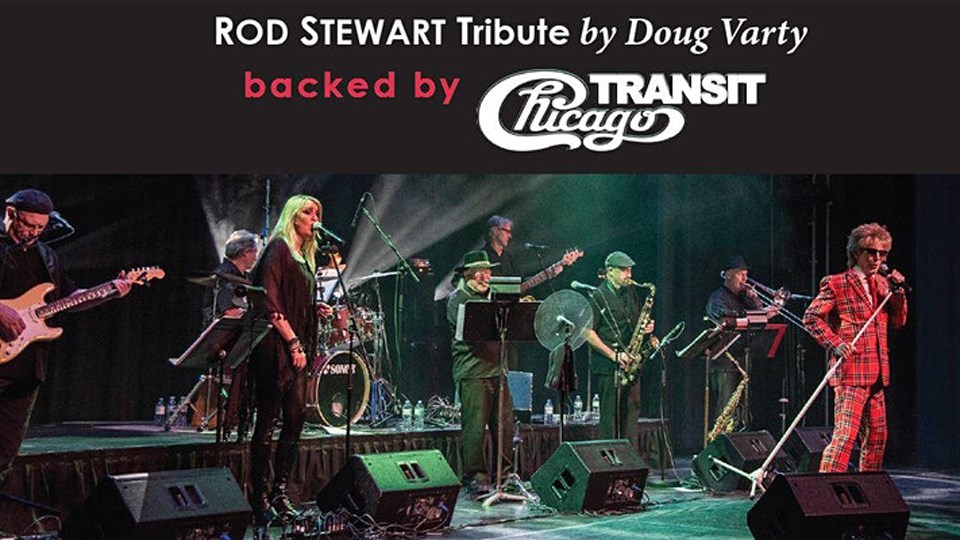 The longest-running tribute band to Chicago, Chicago Transit will be taking the stage at the Caruso Club on Feb. 14. (Supplied)

The longest-running tribute band to Chicago, Chicago Transit will be taking the stage at the Caruso Club on Feb. 14.

The Valentine's Day dinner and show will also feature a Rod Stewart tribute by Doug Varty and funds raised from the show will benefit Our Children Our Future.

Chicago Transit is an eight-piece band that features a four-piece horn section and four distinctive lead vocalist. The group is able to cover all the Chicago material from the early classics such as ‘Make Me Smile’, ’25 or 6 to 4’ and ‘Colour My World’ to the later ballads like ‘Hard to Say I’m Sorry’ and ‘Hard Habit to Break’.

The band has been doing their tribute act since the mid 1990’s.

It takes a special kind of performer to create the voice and stage presence of Rod Stewart, the timeless vocalist known for hits like “Hot Legs,” “Forever Young”, “Maggie May” and “Do Ya Think I’m Sexy.”

Doug Varty is that performer and just like Rod, whenever he performs, Doug makes the stage (and the surrounding area) his playground, interacting with the crowd, dancing with, and singing to audience members.

Tickets for the show are $75 each and can be purchased through EventBrite.