'The 2018 festival saw people attend the festival from across the country and even internationally,' says festival director
0
May 26, 2019 1:00 PM By: Sudbury.com Staff 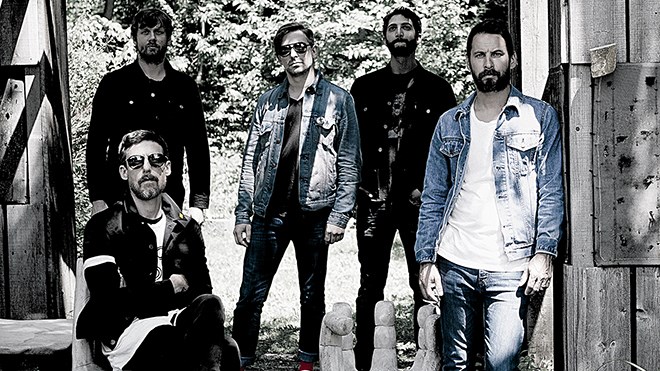 The Sam Roberts Band is one of the headliners at Northern Lights Festival Boréal 2019. (Supplied)

July 4-7 will mark the 48th annual Northern Lights Festival Boréal in Sudbury. Over the years, the festival has become known internationally for its eclectic programming and atmosphere.

The festival has announced an impressive roster of more than 40 artists and 100 performances, taking place on the shores of beautiful Lake Ramsey. Headliners include Sam Roberts Band, K’NAAN, Bedouin Soundclash and Basia Bulat.

These iconic names are supported by an exciting roster of festival acts, exploring folk, indie, rock, hip-hop, cumbia, experimental, family and beyond.

For those travelling to get a bit of that “festival feeling,” there are affordable camping and hotel accommodation packages available.

Organizers are even offering bus packages, targeted at residents of North Bay and Sturgeon Falls – two major communities in the area.

“The 2018 festival saw people attend the festival from across the country and even internationally,” said executive/artistic director Max Merrifield. “We want to make it accessible and easy for travelling festival-goers to join the celebration. This is an open invitation to experience this distinctly northern festival.”

Beyond the headliners, festival organizers try to push the overall experience: “The headliners are such amazing, accomplished artists,” said Merrifield, “but we really encourage people to check out the collaborative workshop performances during the day, and some of the artists they may not know as well. Guaranteed, everyone is leaving with a number of exciting, new discoveries.”

According to organizers, a few of these discoveries could likely to include Juno winning folksinger William Prince, Timmins singer-songwriter Céleste Lévis (from TVA’s La Voix); rising Toronto rapper Haviah Mighty; or countless others.