Pack your bags: River and Sky runs this Thursday to Sunday 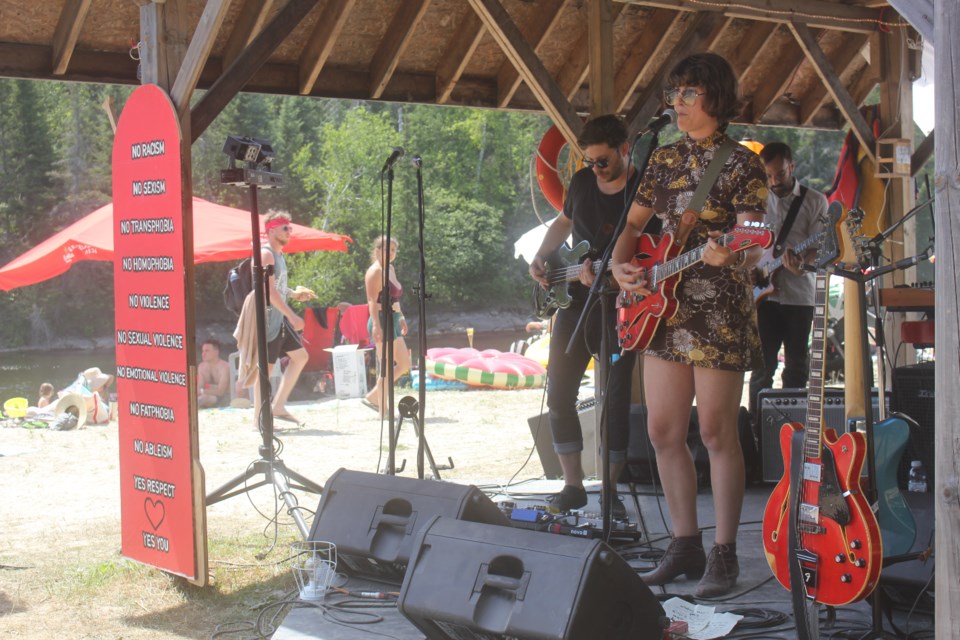 If you're a fan of the River & Sky Music/Camping Festival, you're probably already packing your bags.

The 11th edition of the festival, featuring 30 bands, runs July 18 to 21 on the banks of the Sturgeon River.

You can pitch your tent on site at Fishers' Paradise so you don't miss one minute of the music and other fun festival activities.

Dance one last time with Hollerado, R&S's Thursday night headliner. It’s their final goodbye tour, with their latest album, Retaliation Vacation, so let’s send them off in style and kick it off with a great party to get R&S started.

On Friday, the dancing continues all night long with headliner U.S. Girls, called the “Best Live Band of 2018” (Paste Magazine) and winner of the 2016 Juno for best alternative album.

Saturday night will get a little intense with punk band and Polaris Prize winner F****d Up, whose latest album, Dose Your Dreams, has been called its “most sonically diverse yet” (Exclaim! magazine).

(Check out our interview with Jonah Falco of F****d Up on Sudbury.com later today).

And then Sunday, Fast Romantics, known for their singles “Julia” and “Why We Fight,” will close out the festival.

“We want to celebrate inclusivity and acceptance with our lineup from across Canada and the world,” said festival director Peter Zwarich, in a press release put out this spring.

“We’re excited to feature Altin Gün, an Amsterdam based band playing Turkish folk with a 1970s psychedelic-funk twist, Mdou Moctor, and his Tuareg band from Niger, who has been called the ‘Hendrix of the Sahara,’ the Austin duo Little Mazarn, with ethereal banjo and vocals by Lindsey Verrill, and New York City’s Gladys Lazer, the project of Tel Aviv-born drummer Gal Lazer.

“We want everyone to soak in some nature and summertime vibes and feel at home at R&S.”

Bands with regional ties include: Mod-punk band Tommy & the Commies (Sudbury) who have been touring Europe, US, and Turkey with Slovenly Records; ethereal-voiced singer Annie Sumi (North Bay/Guelph); rock and rollers Dirty Princes (Sudbury/Toronto) who will be releasing their EP Prince of Hearts at R&S; singer-songwriter Oli Palkovits with his band (Sudbury); Indigenous folk-pop singer-songwriter Lisa Marie Naponse (Atikameksheng Anishinawbek); and the punky trio of friends known as Slow Eaters (Sudbury).

You can bike, paddle or drive to River & Sky, located at Fishers’ Paradise in the community of Field (West Nipissing), between Sudbury and North Bay.

Visit the festival's website for passes and more information.