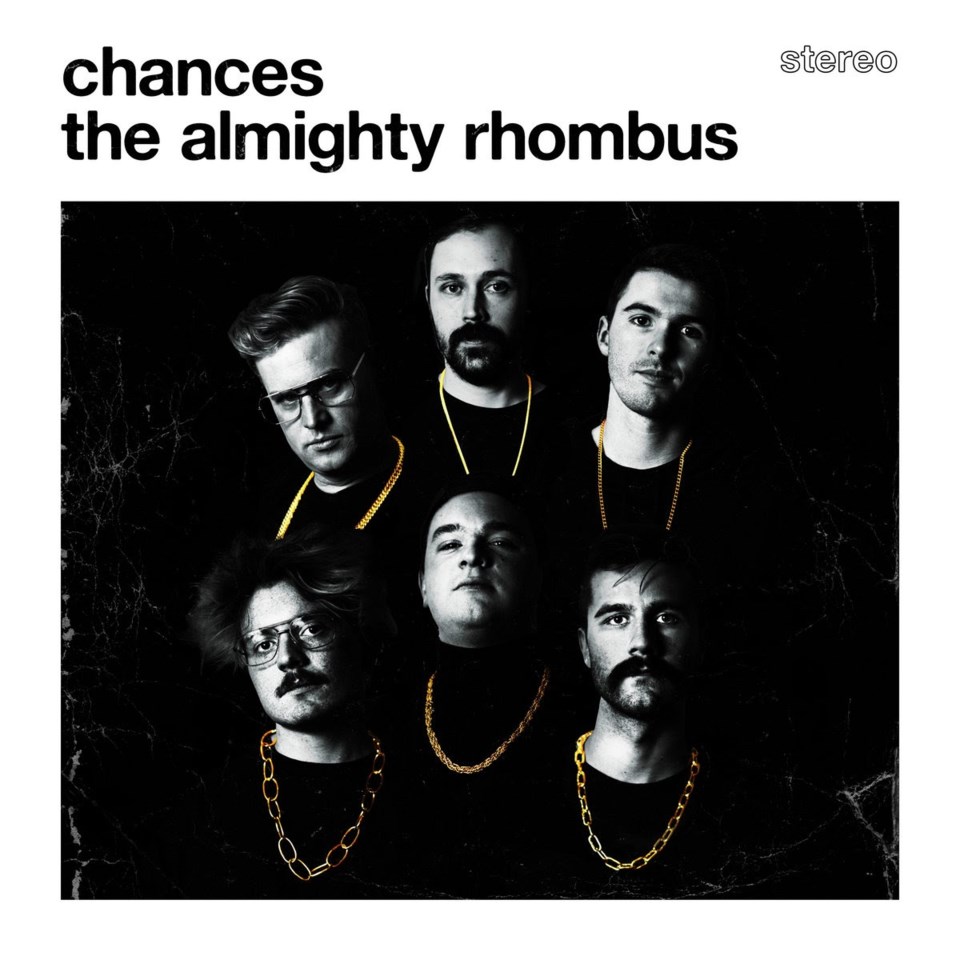 “The Almighty Rhombus are swinging for the fences every time they’re at the bat,” said a press release from the band.

“Following up their recently released single ‘Chances,’ their live video for the song is ambitious and pristinely shot. It features dynamic camera work and creative, seamless editing coupled to a masterful live performance of the song."

Shot with a 12-person crew and two cameras and directed by documentary filmmaker Alec Jordan, the video for 'Chances' was quite the production, featuring dolly shots, steadicam and choreographed lighting cues.

"The video is as meticulous as the band’s songwriting and arrangements; not a shot is out of place, and all creative decisions have been made in service of telling a visual story."

The band said the aesthetic of the video was inspired by 1970s American new wave cinema, as well as modern films like director Quentin Tarantino's latest "Once Upon a Time in Hollywood," which focused on Hollywood culture in the late 1960s, which repurposes the new wave look.

"The video pairs perfectly with the song’s approach of combining modern influences with throwback Pop/Soul/R&B/Psychedelic vibes," the press release states. “You’ve never seen a band with this solid gold drip, and you’ve never seen a live video like this. Makes you wonder what’s on deck if this is what they’re dishing out at the plate.”