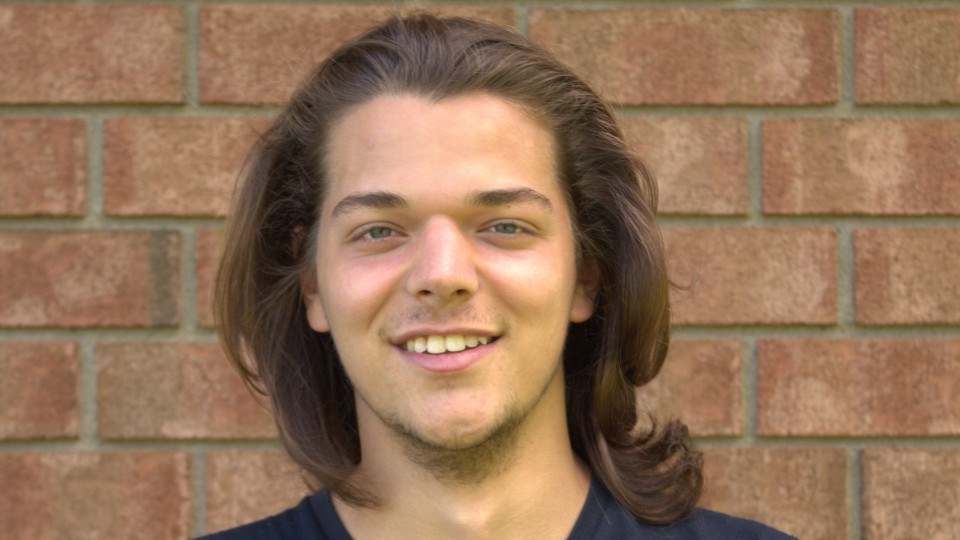 Language and culture are inextricably linked. Intertwined, even. But they are separate, and the discussion of that difference is at the centre of a Franco-Ontarian identity and a new play celebrating the 50th anniversary of the first show Théâtre du Nouvel-Ontario ever performed.

Whether you speak French or not, you may identify as Franco-Ontarian because you were raised in the culture.

Raised in the small pockets of the culture in places like Tiny Township (Penetanguishene, Lafontaine and Perkinsfield) or in Ottawa, Hawkesbury and eastern Ontario. Especially if you were raised in the Franco-Ontarian culture within the heart of the North.

To put it, let’s say, colourfully, the French would say ‘Moé j'viens du Nord ‘stie.” (‘Me, I come from the north’, it reads, followed by the aforementioned colourful language.)

“It was the start of this solidarity of Francophones in Canada that weren't in Quebec,” said Micheal (not a typo) Lemire, actor and writer. “We never had our own identity, until people started speaking up and doing plays like the original ‘Moé j'viens du Nord ‘stie’.”

The performance of it will be a little different than your regular show, for pandemic reasons of course, and it will be available to view if you purchase your ticket before 5:00 p.m. on Sunday, May 9. Lemire says eight Laurentian University Theatre students — members of the now cancelled francophone Théâtre program — and other professional actors put the show together, which was then filmed by MotionArc Studios.

And while it is a very different show, there are similar themes, says Lemire.

“It's not at all the same show, however, this powerlessness feeling is the main theme of both plays,” he said. “What's Quoi si, moé 'ssi j'viens du Nord, 'stie about? Students in 2021 feeling l'impuissance (the impotence/helplessness) of literally everything going on, Mental health, environmental issues, division in society and politics, and I personally attack Laurentian.”

It has also been a challenge to the artists, trying to rework their scripts and sets to work with the restrictions, as well as heal from the troubles at their alma mater.

“Lockdowns, it's been hectic, difficult, sad, and just plainly against my nature of being an actor,” said Lemire. “We live in a world of ‘contraintes’ (constraints) as actors, and never would we have thought to have had so many of them this year.”

Lemire first wrote a play to be performed live, of course, but also outside. “I wrote a scene for a play that was going to be presented for about 50 people per night. I then had to scrap and transform to a recorded performance due to outdoor gathering restrictions.”

He rewrote the script, got excited about a new idea, but, again, “that idea soon had to be struck as all performance centres had to close down on April 1 due to white zone Emergency Brake.”

It was then he found his way to creating his piece for the show. “I then said okay, scrap it, ‘at-home performance,’ beautiful scenery where I feel comfortable, and I just let the words speak. Take away all of the theatrical behind it, no more set, just me, sincere, because that's what my piece is really, a super sincere monologue, a love letter, dedicated to Sudbury.”

That’s not to say the adjustments have been easy. “I had to completely change my scene on April 1st and my big beautiful wooden set had just been finished and was ongoing painting,” said Lemire. “I'm so sad I won't be able to show everyone how awesome that could have been, but the deeper in script changes we went, the better the material was. Imagine having to reanalyze your seven to 10 minutes of lines, going scene by scene and adapting to the new ‘contrainte’... It's actually quite ‘enrichissant’ (enriching) for a playwright to do so.”

But the question remains, is pandemic theatre, theatre?

“Even in the theatre community some are divided on this,” says Lemire. “I've learned that theatre is an actor, a location, an action, and an audience - whether it's one person or 1,000 persons. The risks actors take in front of a live audience, the feelings we feel, the tears that fall to the ground, that's what theatre is.”

Lemire hopes the audience will feel “A sense of appreciation for the work put in. A sense of hope, for our future generations, the younglings taking over. And just simply put, happiness. Pour yourself a nice drink, whether it be Chocolate Milk or alcoholic, sit back and listen.”

You can purchase tickets by visiting the event box office until May 9th www.lepointdevente.com/billets/qs-en-rappel. You will receive a viewing link from the Point of Sale.

Lemire adds, “We have decided to donate all ticket proceeds from the show to scholarships for current students in the theater program at a certain Sudbury university. Please help us support these young artists.”

Jenny Lamothe is a Local Journalism Initiative reporter at Sudbury.com. She covers the Black, Indigenous, immigrant and Francophone communities.

Check out ‘Tales on the Trails’ program as part of Reading Town Sudbury
May 4, 2021 7:00 PM
Comments