Sudbury's NORCAT finds a 'silver lining' in the pandemic 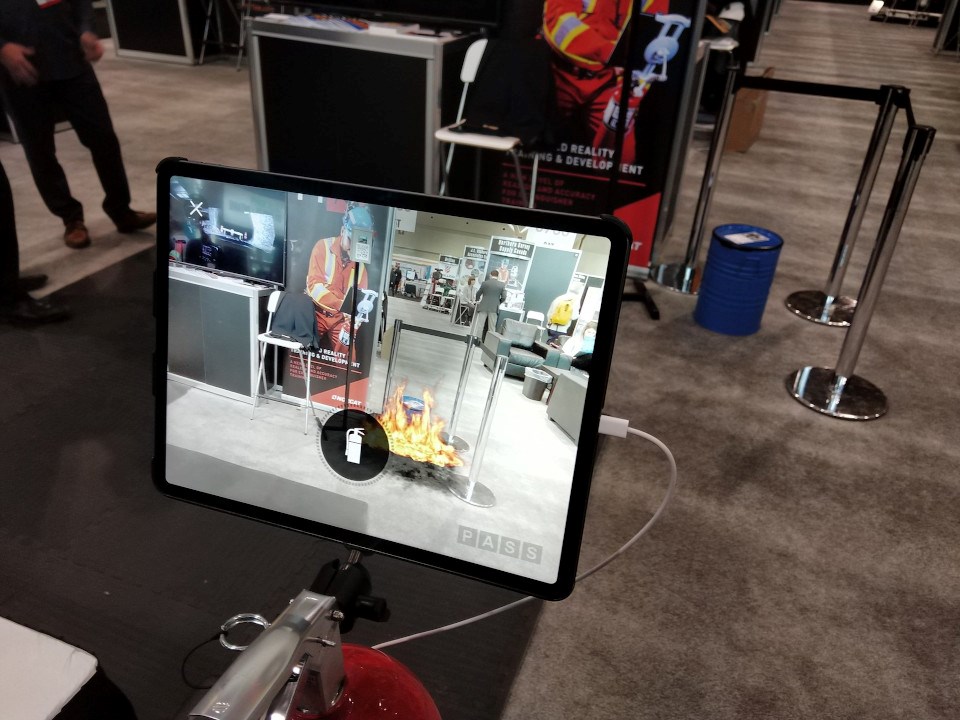 Some of the augmented realities offered by Sudbury's NORCAT in the form of fire extinguisher training. (NORCAT Facebook photo)

The declaration of a state of emergency in Ontario and the almost-total shutdown of the economy threatened to scuttle NORCAT's best-laid plans.

What CEO Don Duval didn't foresee was that there was a "silver lining" to the pandemic and that the Sudbury innovation centre had all the right tools in place to provide some unexpected benefits.

Duval was one of the featured speakers at the Virtual Mining Conference in Sudbury, July 8.

NORCAT prides itself on being a world-class health and safety training and development leader with a one-of-kind R&D mine technology proving ground inside a retired Falconbridge mine.

As a private, not-for-profit organization, training programs and the innovation demonstrator space offered at its Underground Centre in Onaping is what generates about 95 per cent of its revenue.

The pandemic and government-mandated restrictions that affected all facets of the economy threatened to negatively impacted NORCAT's training and development offerings. The organization was forced to lay off 60 per cent of its staff, close its satellite offices, and seriously reassess its strategic priorities.

In the last few years, NORCAT has had the foresight to invest heavily in leading-edge training tools, including augmented reality (AR), virtual reality (VR) and interactive avatar-based, multi-player training simulation. These immersive training modules have come in the form of fire extinguisher training and pre-operational circle check exercises for mining equipment, including forklifts and utility vehicles.

Duval said what they've witnessed in the last three to four months is a seismic jump in interest from mining companies, here and abroad, in wanting access to that skills training.

"What we didn't anticipate was that in four months that demand has skyrocketed."

One of the lessons learned from the pandemic through physical distancing requirements and home-based workforces is that an incredible amount of creative project work and training can be accomplished using off-site communication and virtual methods.

That's prompted Duval and the Studio NORCAT designers to reflect on what more can be accomplished to roll out more off-site instruction to deliver a greater degree of operator competency.

"If I had a crystal ball, I think this is going to grow materially," he said.

Another unanticipated surprise was that they expected to see use of their Underground Centre – the former Fecunis Mine on the city's outskirts – totally dry up.

"What we have found is the exact opposite," said Duval.

Between April and June, activity by tech companies at the site, and those waiting in the queue, is up 500 per cent, compared to the first three months of this year and the same period last year.

This year, the Underground Centre is hosting 50 projects from 40 mine-tech companies.

What it demonstrates to Duval is that "the mine technology ecosystem continues to do work, continues to get business done."

The reason for this significant uptick, he believes, is that both Ottawa and Queen's Park have made unprecedented pools of grant capital available to companies for product development, and made it available quickly.

Savvy companies have taken advantage of that stimulus money, "and we're bearing the fruit of that."

Half of the clients they've hosted in the last four months have all received sizeable amounts of government funding that they applied for after the State of Emergency was declared, he said.

A real added draw for clients at the Underground Centre is the near-completion of a new surface building.

The 14-month build is now weeks away from completion, Duval said. The $4-million expansion project comes in the form of a 12,500-square-foot complex with available office space, meeting rooms, lunch and changeroom facilities.

Duval calls it a "one-stop shop" for startups and established global mine-tech firms to meet, greet and allow buyers to "see and touch" the latest technologies.

Sudbury-conceived ore haulage system wins Mining Cleantech Challenge
Jul 30, 2020 2:00 PM
Comments
We welcome your feedback and encourage you to share your thoughts. We ask that you be respectful of others and their points of view, refrain from personal attacks and stay on topic. To learn about our commenting policies and how we moderate, please read our Community Guidelines.