2020 spring forecast: Don't pack away those winter clothes yet 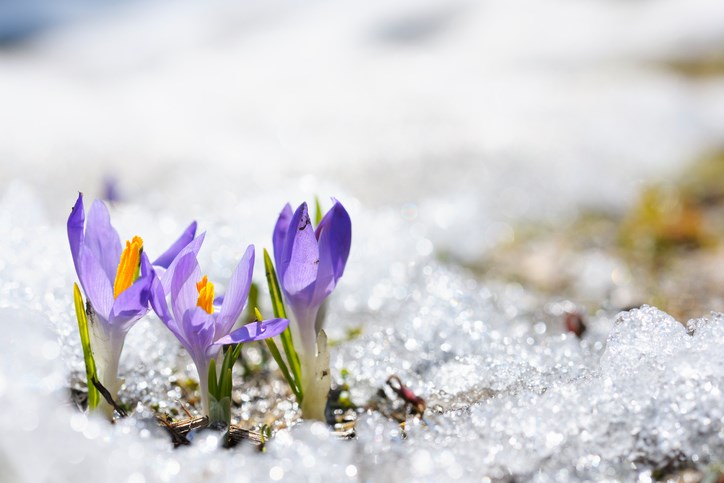 As Sudbury braces for what could be the last big snowfall of the season, the Weather Network has released its spring forecast as a beacon of hope that warmer weather is on its way.

Shoulder seasons like spring and fall can be tough to predict as they are largely transitional seasons that don't see a ton of consistency.

This spring is expected to arrive on time, according to Weather Network meteorologist Michael Carter, who said Sudbury should see consistent temperatures above the freezing mark by April.

While days will be getting warmer as we move through March, April and May, Carter warns this spring will likely follow the trend seen over the past two months where January was unseasonably warm, followed by a cold and snowy February.

"It's looking like spring is going to be pretty back and forth, just like you've seen in Sudbury this week, where it started out pretty mild and now the temperature is dipping and you're expecting a lot of snow," said Carter.

"Spring is usually a bit of a bumpy ride, but it may be a little bumpier this year with temperatures bouncing up and down."

Overall, Sudbury isn't expected to see any unseasonable temperatures this spring, with the daytime highs and evening lows projected to average out to near normal throughout the next three months.

So what about all this snow on the ground and the next blanket that's expected to cover Sudbury Wednesday and Thursday? Carter said Sudburians shouldn't expect to see their lawns for a little while, and the Nickel City averages around 17 cm of snow in the month of April.

"It's going to be a little while before the first prolonged melt," said Carter. "Looking at the numbers, you guys still have 50 to 60 cm of snowpack on the ground in most places, so it's going to take a while before that all melts off."

Just as Sudbury saw snowfall amounts well above average this winter, Carter said Sudburians should brace for some significant rain in the spring. In terms of the number of rainy days, Sudbury won't be seeing prolonged periods of gloomy and rainy days, but when the rain shows up, it will do so with force.

"The water temperatures in the Gulf of Mexico and the Gulf Stream have been running above normal for some time now, and what that means is the systems that come through can tap into that warm humid air and can produce that much more precipitation," said Carter.

"Maybe not more rainy or snowy days than normal, but the systems that we do see can pack more punch."

Typically, Sudbury will see about 65 mm of rain and snow in April and 85 mm of rain in May, and it's looking like this year will see precipitation amounts in that neighbourhood, though it is more likely to be in large amounts and short bursts, rather than prolonged rainy conditions.

"We get this upward trend in precipitation through the year from April until about September as we have more moisture in the air," said Carter.

The overarching message from the spring forecast for Sudbury is don't pack up those winter clothes too early, as the spring is likely to bounce back and forth until at least May.

"Certainly, the trend is built into the season, and by late April and early May we'll start seeing those temperatures in the double digits and into the mid to high teens by mid-May."

Planning to get out of Sudbury and seek some warmer weather this spring? Be sure to check out the Weather Network's spring forecast for the rest of Canada here.

Ontario ramping up ICU capacity, has ordered additional ventilators
Mar 30, 2020 10:07 AM
Comments
We welcome your feedback and encourage you to share your thoughts on this story. We ask that you be respectful of others and their points of view, refrain from personal attacks and stay on topic. To learn about our commenting policies and how we moderate, please read our Community Guidelines.