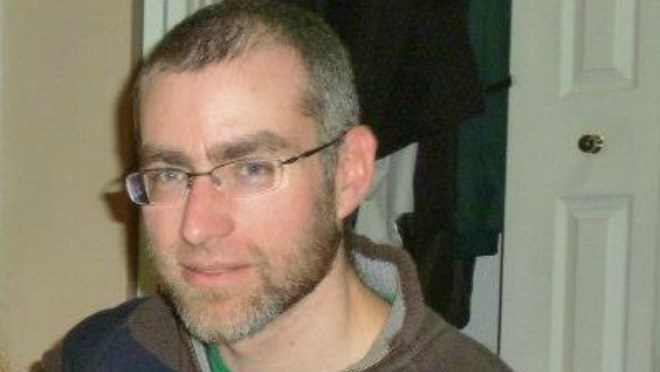 Robert Steven Wright, 39, of North Bay, faces first-degree murder charges in the case. Sweeney, 23, was working at an adult video store on Paris Street at 11 a.m. on Jan. 27, 1998, when she was attacked and killed.

In the decades since, police have been searching for her killer, periodically releasing new information in hopes it would spur a new lead.

Those efforts failed until Tuesday's shocking announcement there had been an arrest. What hasn't emerged yet is how police found Wright after all these years, and what motive they believe was behind the crime.

Wright is tall with a muscular build, short, greying hair and a receding hairline, greying beard and wears glasses. About half a dozen friends and members of his family sat in the back of the court, later refusing to talk to reporters on the advice of lawyers.

He was represented at the hearing by lawyers Berk Keaney and Michael Venturi. Keaney asked for a publication ban and agreed to a Dec. 20 court date. Wright will appear by video, when a decision on bail will be made.

The brutal crime rocked Sudbury in 1998, as family and friends struggled to understand why a popular Laurentian University student would be slain.

Wright was arrested at 11:14 a.m. on Tuesday at the North Bay Regional Health Centre, where he worked as a laboratory technician.

“Since the arrest, detectives have executed three search warrants at various locations associated to him and have started examining the items seized during the warrants,” Greater Sudbury police said in a news release Wednesday.

“Investigators continue to interview potential witnesses and are in the process of reviewing all of the information that has been received in an effort to determine any link between him and Renée.

“We are asking the public for any new information given that we have identified the person believed to be responsible and who now stands charged in relation to this homicide.”

Wright was an 18-year-old student at Lockerby Composite School at the time of the incident. In court Wednesday was Marc Taillefer, who was Sweeney's music teacher when she was a student at Lo-Ellen Park Secondary School.

He wanted to be there to remember his former student.

“She had, like, a thousand friends,” Taillefer said. “She was nice to everybody, everybody loved her.”

He remembers someone stealing his trombone and Sweeney generously lending him one of hers.

“She was just a great kid, you know,” he said. “She'd take her lunches in the music room and had a little group of friends and they'd all sit and talk and chat and come to rehearsal – she never missed a rehearsal.”

The day he learned she had been killed sticks out in his mind, and Wright's arrest Tuesday brought back the memories.

“It was a shock to hear, even 20 years later,” Taillefer said. “I'm so I'm just absolutely delighted they found somebody and hoping and praying it's the guy.”

Police say someone is pointing a laser at aircraft near Greater Sudbury Airport
Mar 6, 2021 5:00 PM
Comments