Are these the Tory leaders who could win Northern Ontario?

Patrick Brown and Rona Ambrose seek to rebuild the provincial and federal branches of the party, and they're courting the North to help do it
0
Jul 8, 2016 12:00 PM By: Darren MacDonald 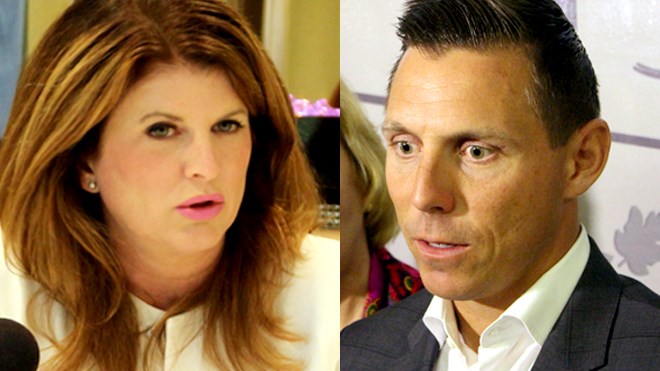 In the last month, Interim Conservative Leader Rona Ambrose and Ontario Leader Patrick Brown have come North seeking to turn around the party's dismal electoral record in this part of Canada. File photos

Former Ontario Tory Leader Tim Hudak earned the ire of northerners in the 2014 election when he not only skipped the debate on northern issues, he failed to visit during the entire election campaign.

So, it's a little surprising that two big-name Tory leaders have visited the city in the last month: new Ontario Leader Patrick Brown was here in June, and interim federal Leader Rona Ambrose visited this week.

Brown, in particular, seems determined to make inroads in the North. In an interview, he said being in the region as often as he can is the first step toward winning seats in 2018.

“Our membership is up, our donations are up, and particularly in Northern Ontario, we're more present," Brown said. "This is my 18th trip in the last year and a half to Northern Ontario. I did a northern tour by car, actually, hitting everywhere from North Bay and Sudbury, to Wawa to Thunder Bay to Dryden in December.

“I wanted to drive it in the middle of winter — I thought it would be instructive of the infrastructure challenges that Northern Ontario has."

Brown disavows Hudak's promise of massive cuts to the public sector, something that hamstrung the party in a city such as Sudbury, where government is a major employer.

The February 2015 byelection – in which Glenn Thibeault, now in cabinet, took the seat despite a high-profile scandal — also took place before he took office, Brown says.

"I've had two byelections so far on my watch — one in Simcoe North, where our margin went from nine points to 30 points — the largest victory in 25 years,” he said. “And in Whitby-Oshawa, we went from an eight-point margin to a 25-point margin, again, the largest in 25 years."

Despite a lack of MPPs from the North, Brown said he and his colleagues continue to raise northern issues at Queen's Park. He's hoping his new, more moderate message will eventually appeal to residents tired of a Liberal government in power for 13 years.

“You'll notice regularly in the last year I've got up in the Legislature as leader of the party and challenged the premier, challenged the government on their record," Brown said.

"I got up in the Legislature about five times in the last year on the Ring of Fire. The government has now promised three times over five years that they're going to start building a transportation corridor to the Ring of Fire — but nothing's happened.

"We're the only party raising those issues. I think Northern Ontarians, in the next election, I think we're going to elect a number of Progressive Conservative MPPs."

The Liberals have made it harder on resource-based communities such as Sudbury to develop because of red tape that has been put in the way of doing business, he said.

"The terms of reference on an environmental assessment on a mining project is supposed to take 45 days – but it takes three years," Brown said.

For her part, Rona Ambrose, the federal Tory's interim leader, brought a similar message to town this week, painting Justin Trudeau's Liberal's as hostile to mining and other resource-based industries.

"We are friendly to natural resources development. We always have been. My message to people who live in this region is that we've got your back."

Ambrose, who again ruled out a run for the permanent job as head of the Tories, said the party is in remarkable shape despite just having lost power.

The party still has to finalize its leadership candidates and hold a convention to elect a new leader, scheduled to take place in 2019.

"The next step after that is to go places, like I am here in Sudbury, and make the case that we need to earn the confidence of people in these regions," Ambrose said.

But to find success, Brown said attracting quality candidates is vital, and says people are already contacting him about running in 2018.

"Who they are will come out in 2017 when we have our nominations, (which) begin in January and will close in December," he said. "I can tell you that in Northern Ontario, we've had a number of mayors ask about running, we've even had some professional athletes and professional hockey players, former Olympians ask about running.

"Under (former Tory Premier) Bill Davis, Northern Ontario was a Conservative area of strength. And I'm determined to make sure that is the case again. Because right now, the Liberals and the NDP are advocating a policy agenda that is against Northern Ontario."