Are you willing to pay more to preserve home mail delivery?

Good turnout for meeting on Canada Post in Sudbury, as feds expected to decide corporation's future in 2017
May 25, 2016 10:00 AM By: Darren MacDonald 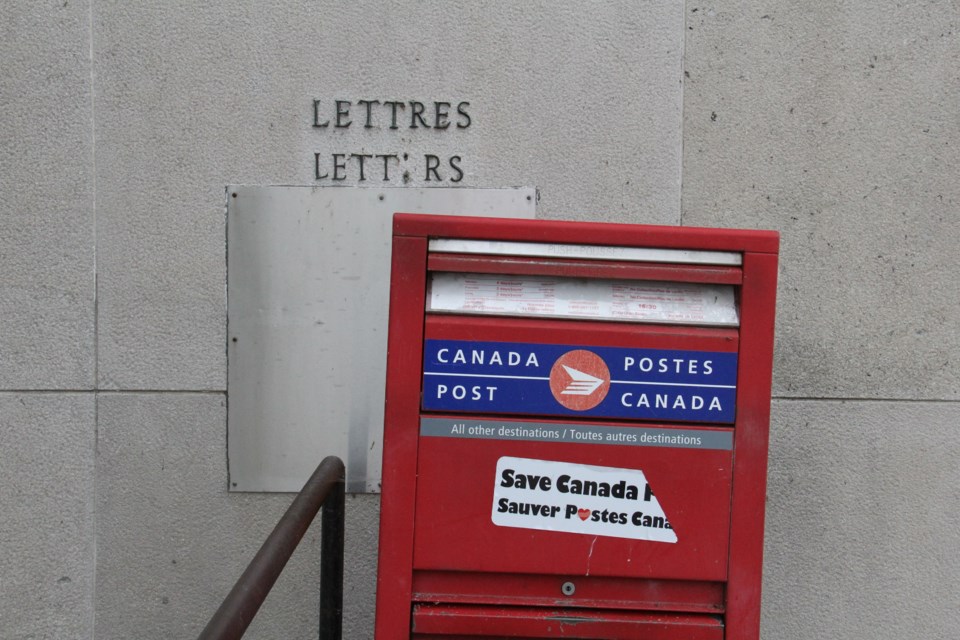 As part of the federal government's review of Canada Post, Sudbury MP Paul Lefebvre heard from residents Tuesday about what they want from the Crown corporation in the future. File photo.

​As part of the federal government's review of Canada Post, Sudbury MP Paul Lefebvre heard from residents Tuesday about what they want from the Crown corporation in the future.

"For us, it's an initial conversation,” he said. “Certainly people are concerned about door-to-door delivery and reinstating what was there before."

Before last October's federal election, the Liberals promised to reverse a decision to end door-to-door delivery planned by the previous Conservative government. That was top of mind Tuesday, Lefebvre said.

"Saving door-to-door (delivery) was very important during the campaign, we certainly heard a lot about it,” he said. “That's why we need to relay that back to the government, and I'm more than happy to be doing that."

While the corporation is currently profitable, Lefebvre said that will be difficult to sustain long-term without adding services such as banking.

Public Service Minister Judy Foote kicked off the current round of public consultations earlier this month. Foote is keeping an open mind about how to reform Canada Post, Lefebvre said.

"She has said we want to consult Canadians about how we can improve it, or are there any additional services that we can do with Canada Post and ensure its long-term viability."

The government also wants to know whether Canadians believe that maintaining current service levels is so important, they are willing to pay for losses or higher postage rates.

"The fact that it may not be profitable, is that a bad thing or not?" he said. "We want to hear from Canadians about that."

A followup meeting is planned in Sudbury in September, after which Lefebvre will prepare a report on what he has heard, which he'll also present to a committee. An announcement on what the government will do is expected next year.

Tuesday's town hall was the first of a series of meetings he's planning to consult with voters. Another is planned in June, then after a summer break he plans to hold them monthly.

"In the fall, we'll (have town halls about) Bill C-51, democratic renewal,” Lefebvre said. "It's to have that discussion with the Canadian public on a regular basis."