First Nickel Inc.'s decision to halt the development of its underground ramp at the Lockerby Mine in Sudbury comes down to the price of nickel, says company president and CEO Thomas Boehlert.
0
Jun 9, 2015 3:45 PM By: Jonathan Migneault 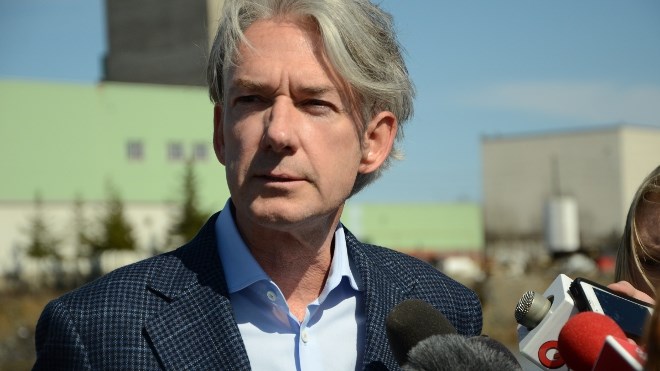 “The workforce has done a fantastic job and the management team has been very dedicated, but at some point you can't argue with gravity,” Boehlert said.

When the company first conceived developing the mine nickel prices were in the US$9 per pound range, but more recently the price dropped below $6.

“It's really squeezing our cash-generating capability and our ability to continue to invest in development,” Boehlert said.

First Nickel will mine out the remaining economic ore on and above the 6,800-foot level in the third quarter of this year – which runs from July to September, then decide whether to put Lockerby on care and maintenance or close it down.

Boehlert said the company's operations at Lockerby over the next few months will help determine whether it makes more sense to take down buildings and begin re-mediating the mine site after the third quarter, or to keep a skeleton crew on staff to maintain the site in case there is an economic case to reopen the mine at a later date.

“If nickel prices were to go up substantially then the mine would be viable again,” Boehlert said.

The last two years have been challenging for Lockerby Mine.

A corporation can be required to pay a fine of up to $500,000 per charge for contraventions of the Occupational Health and Safety Act.
In early January, First Nickel restructured its operations at the nickel-copper mine, and cut 75 per cent of its contractors and 30 per cent of its permanent workforce – from 164 jobs to 115.

“As we came up to end of the year, we were really forced to make a decision,” Boehlert said at the time. “Either we were going to have to shut the mine by the middle of this year, or come up with a better way to go about it and reduce the cost structure, and see if we could run the business in a way that was going to open up a little bit of margin in terms of cash flow.”

Boehlert opted for the latter option, and brought in Vern Baker, who worked for FNX in Sudbury when that company faced a similar crisis. As with First Nickel, FNX reduced its workforce significantly to keep its operation afloat.

His plan included changes in scheduling so only a small number of tasks would be performed on certain shifts – rather than having all jobs performed on every shift.

First Nickel shipped around 249,000 tonnes of ore to Glencore for processing.

The mine's operating costs were around $64.5 million that year – six per cent above its guidance range.

In January, mine's operating costs – with fewer staff – was expected to be between $40 million and $45 million, roughly a 34 per cent reduction compared to the previous year.

In early 2015, First Nickel planned to continue to develop the mine's ramp, and was expected to reach the 7,100 level by the first half of 2016.

But with only one mine, it became too difficult for First Nickel to continue to develop Lockerby Mine.

“We've got a single mine,” Boehlert said. “We don't have synergies of a portfolio or a vertically integrated business. We have to live and die on what that single mine can do for us.”