Bad words not to blame for prof's dismissal, LU says

Laurentian University's decision to remove a long-standing professor from teaching a first-year psychology course was not an attack on academic freedom, said the university's provost and vice-president of academics.
0
Jan 6, 2016 5:10 PM By: Jonathan Migneault 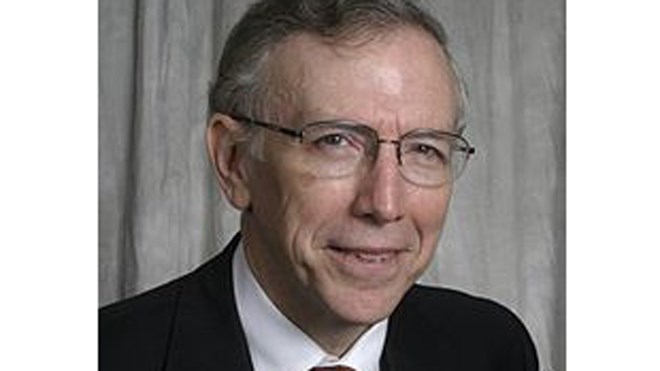 Persinger said he has taught numerous versions of the course over his 40 years with the university.

When students start the class, Persinger has, for at least a decade, asked them to sign a “statement of understanding,” warning them they would encounter some words and language they may find offensive.

“They know right away what they're going to be exposed to,” Persinger said.

The purpose of that unit of the course, he said, is explore the power we imbue in certain words by exposing students to profane or even “silly” terms they encounter in their daily lives.

“We live in a world where words are becoming more and more important,” Persinger said.

Despite how long Persinger has been teaching the course, Robert Kerr, Laurentian's provost and vice-president of academics, said he received a complaint about the course in December, and had Persinger removed later that month.

Despite how the removal has been portrayed, Kerr said his issue was not with Persinger's use of strong language in the course material, but that document he asked his students to sign before they took the class.

“A faculty member cannot ask a student to sign a document, or a memorandum of understanding, as a condition to take his or her class,” Kerr said.

And that's fine, Persinger said, because signing the document was not a prerequisite to remain in the class anyway.

“(Even) if they don't sign it, they can stay,” he told NorthernLife.ca.

The Laurentian University Faculty Association has filed a grievance on Persinger's behalf, aiming to have him re-instated as the course's professor.

Jim Ketchen, president of the faculty association, and an associate professor with Laurentian's department of law and justice, said he sees the issue as academic censorship.

“Are we living in a free and democratic society where free speech is respected?” he asked.

The faculty association's position, said Ketchen, is that Persinger's “statement of understanding” could never be interpreted as a binding contract.

“All the elements of a contract are simply missing from this,” he said.

More damning though, Ketchen said it was a previous administration that had asked Persinger to include the document in his course, as a warning to students they may encounter material in the course that they could find offensive.

Even if the document were a binding document, the university should have first asked Persinger to drop it from his course, rather than take the more drastic step of removing him from the class altogether, Ketchen said.

“It has been blown way out of proportion,” he added.

While he is a sitting member of Laurentian's senate, Persinger's removal from the course is not the first time he has clashed with the university's administration.

In November 2006, Persinger called the school's administration “draconian” and “fascist” when they refused to allow a television crew to film a demonstration of his research.

He had gained international attention at the time for his “God helmet”, a machine that stimulated peoples' temporal lobes with weak magnetic fields as part of research that attempted to induce paranormal phenomena such as religious visions, near-death experiences and ghost sightings.

And in February 2007, he was asked to vacate three testing rooms at Laurentian's animal care facility, due to a shortage of research space on the campus.

“I think the problem is the university is really over-extended,” Persinger said at the time. “They hired all these people for the medical school and they knew more space was required. Now guess who gets kicked out?”

At the time, Persinger's students filed a lawsuit against the university for locking them out of the research space and he filed a grievance with the faculty association to remedy the situation.

Despite his feuds with Laurentian's administration over the years, Persinger has also been recognized for his teaching style.

In 2007, he won a TVOntario contest and was named the province's best lecturer.

If Laurentian and the faculty association cannot reach an agreement regarding Persinger's dismissal from the first-year psychology class, the matter will go to arbitration.

Sudbury’s unemployment rate jumps to its highest since 2010
Jun 5, 2020 5:00 PM
Comments
We welcome your feedback and encourage you to share your thoughts. We ask that you be respectful of others and their points of view, refrain from personal attacks and stay on topic. To learn about our commenting policies and how we moderate, please read our Community Guidelines.