The Ontario Lottery and Gaming Corporation's Revitalization of Charitable Bingo and Gaming Initiative is expanding in Sudbury.
0
Apr 22, 2012 2:20 PM By: Sudbury.com Staff 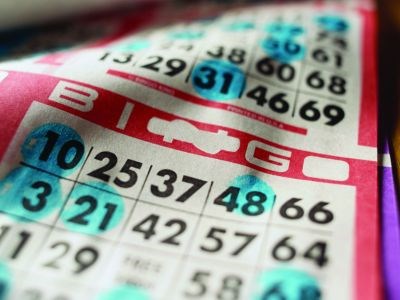 The  Ontario Lottery and Gaming Corporation's Revitalization of Charitable Bingo and Gaming Initiative is expanding in Sudbury.

OLG requested that the city enter into an agreement that enables both Boardwalk Gaming Centre and Valley Bingo to participate in the initiative, according to a press release.

Bingo halls will transform to charitable gaming centres over a period of time in an effort to attract new players and provide a charitable gaming entertainment experience, as early as May 2012 with no interruption in operation.

The initiative is a continuation of the pilot project that has been in place at the Boardwalk Gaming Centre through an agreement with the OLG, the city, the Association of Charities and the commercial hall operator since early 2006.

The success of the pilot project to date is an indication that its continuation in the Boardwalk Gaming Centre and introduction into Valley Bingo will benefit the charities and the community through the revitalization of bingo gaming, according to the city.

The Bingo Revitalization Pilot Project was first introduced to council on Oct. 27, 2005 through a report from the general manager of Growth and Development. Recognizing the decline in the bingo industry, the OLGC proposed to implement a new way of doing business at the Boardwalk Gaming Centre and four other pilot sites in the province.

In order to sustain a funding source for local charities and provide a viable business for the commercial operator, the proposal centred on the introduction of playing bingo electronically, upgraded facilities and a competitive customer service that would enhance the bingo entertainment experience.

The Boardwalk Gaming Centre currently has 152 local charities operating from its facility and has raised more than 10 million dollars for the benefit of the community, according to a report from the city. The Valley Bingo Charities Association is comprised of 56 charitable organizations.

The City receives a permit fee from the OLGC quarterly, which is currently set at 1.1 per cent of the gross receipts of all gaming sales generated at Boardwalk Gaming Centre; whereas, at Valley Bingo, the city issues licenses to the charities at the rate of three per cent of the prize board, as determined by bylaw and the Alcohol and Gaming Commission of Ontario.