A Sudbury native and former member of the Second Battalion, Irish Regiment of Canada, hopes to expand a unique charity that supports current and former soldiers in the United States and Canada.
Sep 15, 2015 1:04 PM By: Jonathan Migneault 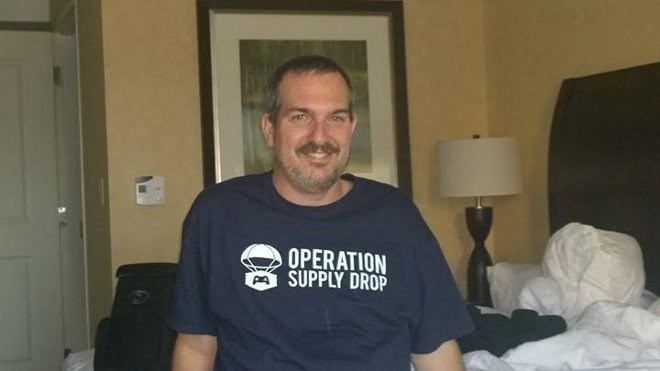 Todd Clark is a member of Operation Supply Drop, an American charity founded in 2010, that provides video games for soldiers in combat operations.

“While in Iraq in 2003, our infantry company received a crate of third-hand Harlequin romance novels donated from a library,” said the charity's founder, Capt. Stephen Machuga, in a press release. “We ended up using them for target practice on the test fire range, but it was then I realized: people back home want to help, but they don’t know what soldiers want.”

It turned out the generation of soldiers that fought in Iraq and Afghanistan was more interested in video games than Harlequin romance.

Machuga and a team of volunteers started to transport video game systems, and an assortment of games, to soldiers in remote battlefields in Iraq and Afghanistan.

With combat operations in both countries at an end, the charity has expanded its reach to peacekeeping operations and military service members deployed closer to home.

That expanded reach also includes reaching out to America's military allies, including Canada.

For Clark, Operation Supply Drop was a natural fit.

He is a lifelong gamer – who first started playing video games with Pong – and heard about the organization through Clan Lucky Strike, a group with whom he played first-person shooter games.

Clark was deployed to Cyprus in the early 1990s, where he served in Canada's peacekeeping operation in the region.

He said he understands firsthand what it's like for soldiers deployed in war zones or peacekeeping operations, where most of their time is spent staving off boredom when they're not out on patrol.

“You're sitting around doing nothing,” he said. “The dark side is that sometimes guys take their own lives. You have to give them an escape.”

When he was deployed in Cyprus, Clark said he and his peers spent a lot of time watching movies on VHS. But after seeing the same movies multiple times, that got boring.

Clark set up an Operation Supply Drop chapter, or team, in London, Ontario, where he now lives.

At least once a month, he and the team members meet up in person for what he calls “mandatory fun events.”

It gives them a chance to socialize with other likeminded people while participating in activities like bowling.

Clark said a lot of veterans have trouble adjusting to civilian life when they return from the battlefield.

“They don't feel they fit in or belong anywhere,” he said.

Groups like Operation Supply Drop can help with that transition, he said.

The Canadian Armed Forces revealed last year that 160 military personnel died of suicide between 2004 and March 31, 2014.

In comparison, 138 Canadian soldiers were killed during Canada's combat operations in Afghanistan, from 2002 to 2014.