Staff will also look into whether city can somehow regulate prices
0
Aug 14, 2019 2:51 PM By: Darren MacDonald 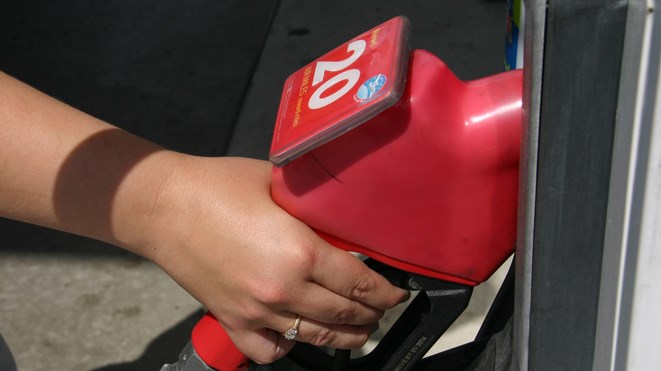 City council approved a motion Tuesday to have staff look into why Greater Sudbury residents pay more at the pump than some of our northern neighbours, and whether there's any way for the municipalities to regulate prices. (File)

Two things that make people really angry in Greater Sudbury are potholes and gas prices, city council heard Tuesday, when they approved a motion to have staff look into why residents seem to pay more at the pump than some of our northern neighbours.

Ward 5 Coun. Bob Kirwan's motion would have city CAO Ed Archer prepare a report explaining why we pay more for gas than the Ontario average, suggest ways to keep prices down — and detail whether cities can regulate prices.

“There may be nothing we can do, but I would like an explanation for the higher prices,” Kirwan said.

It something he hears about from residents as often as pothole complaints, he said, and he'd like to provide some answers.

While supportive of the idea, Ward 9 Coun. Fern Cormier said it's unlikely the municipality can do anything to lower the price at the pump. He wondered whether it would be worth the staff time to deliver a report that won't change anything.

“What are the CAO’s thoughts on being able to deliver this report to council?” Cormier asked.

“One of the advantages of being CAO is the ability to delegate,” Archer quipped, drawing laughs from around the table.

In a more serious tone, he said if Kirwan could wait until budget time this winter, staff should be able to deliver what he's looking for.

But Ward 1 Coun. Mark Signoretti questioned the value of spending hours of staff time on something that is a provincial issue. Why not just send a letter to the province asking them for an explanation.

“As much as we want to investigate this, I don’t really know what we’re going to find out,” Signoretti said. “I don’t know how much we can do at a municipal level.”

Archer replied that they have staff who have experience with the issue, and the staff time to prepare the report over the next several months shouldn't be onerous.

And, Kirwan said, if nothing else at least councillors will have a readily available explanation for constituents.

The motion carried easily, and is due before the end of 2019.