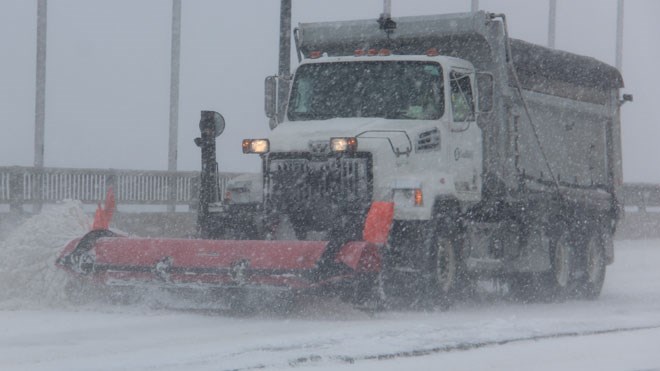 A tame month of January that saw a 73 per cent decrease in snow accumulation compared to the 10-year average has the city reporting a $1.5 million surplus for all winter control operations. (File)

A tame month of January that saw a 73 per cent decrease in snow accumulation compared to the 10-year average has the city reporting a $1.5-million surplus for all winter control operations.

Roughly $1 million of the surplus came from snow plowing/sanding/salting as Sudbury saw far less snow in January than normal, with just 21.6 cm of snow accumulation last month, compared to the 10-year average of 79.9 cm.

The city's operations department also reported that there were no significant snow or freezing rain events that required full deployment of all available city and contractor snow plowing equipment during the month of January.

"The total snow accumulation for January 2021 was significantly lower compared to the ten-year average (2011-2020) for the same period of time, resulting in less expenditures than budgeted for this period," said the report.

"The overall expenditures for the 2021 fiscal year are lower than budgeted and are projecting an estimated surplus of $1.5 million."

Winter control operations came in under budget in all categories but one during the month of January, with miscellaneous winter maintenance work slightly over budget by around $14,000.

Barring some extreme weather events during the month of March, the city is on track to come in well below their winter control operations budget for the 2020-21 winter season, as they are currently reporting a $2.4 million surplus.

Following the same variances that were evident for January, the city's biggest surplus falls under snow plowing/sanding/salting, as the draft budget for the entire winter season was $4.7 million, and the city has spent just $3.3 million so far, accounting for a variance of $1.4 million.

Greater Sudbury's total budget for all winter control operations to date is just north of $10 million, and actual expenditures to the end of January are $7.6 million, resulting in a $2.4 million surplus.