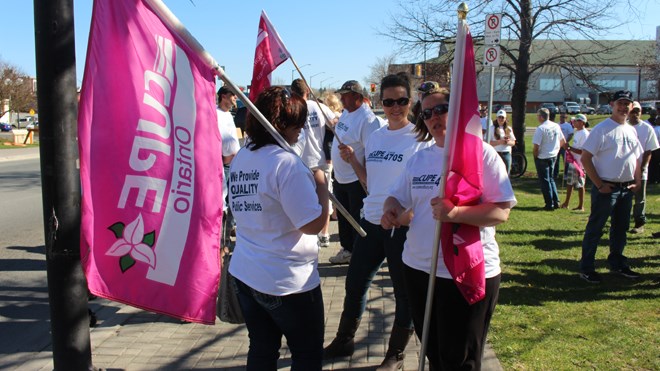 The union representing 1,500 of the roughly 2,000 people who work at the City of Greater Sudbury is asking for the help of a provincial conciliator to reach a new contract. File photo.

The union representing 1,500 of the roughly 2,000 people who work at the City of Greater Sudbury is asking for the help of a provincial conciliator to reach a new contract.

In a posting on CUPE Local 4705's website Friday afternoon, Darryl Taylor, president of CUPE Local 4705, said negotiations with the city have made little headway. Talks began in early March, while the collective agreement expired March 31.

“We first met with the employer and exchanged proposals at the beginning of March,” Taylor said in the post. “We continued to bargain with the employer, but after 23 days we felt it was time to turn to the membership for your direction and mandate.”

On May 16, members voted 94 per cent in favour of giving the union a strike mandate as talks with the city resumed.

“We have spent the last three days and evenings working on your behalf in order to reach a responsible consensus with the employer,” Taylor said in the letter. “(Thursday’s) bargaining went into the night. We bargained until after 1 a.m. (Friday) morning in an attempt to reach an agreement but were unsuccessful.

“As a result, we have now asked the province to appoint a conciliator. It is our hope that a conciliator’s assistance will provide the expertise required to facilitate an agreement.”

Local 4705 represents inside and outside workers, including paramedics, bus drivers, pool and library workers, garbage collectors, Ontario works staff, clerical and technical staff. In the release to members, Taylor said the union believes a deal can be reached.

“No one wants a strike or a lockout,” Taylor said. “It remains our position that a labour dispute is completely unnecessary and completely avoidable. We know that every single member takes pride in the work that they do, and the public services that they provide to everyone in our city.

“We remain committed to bargaining a contract that both meets the needs of our members, and is responsible to the taxpayers and citizens of the City of Greater Sudbury."