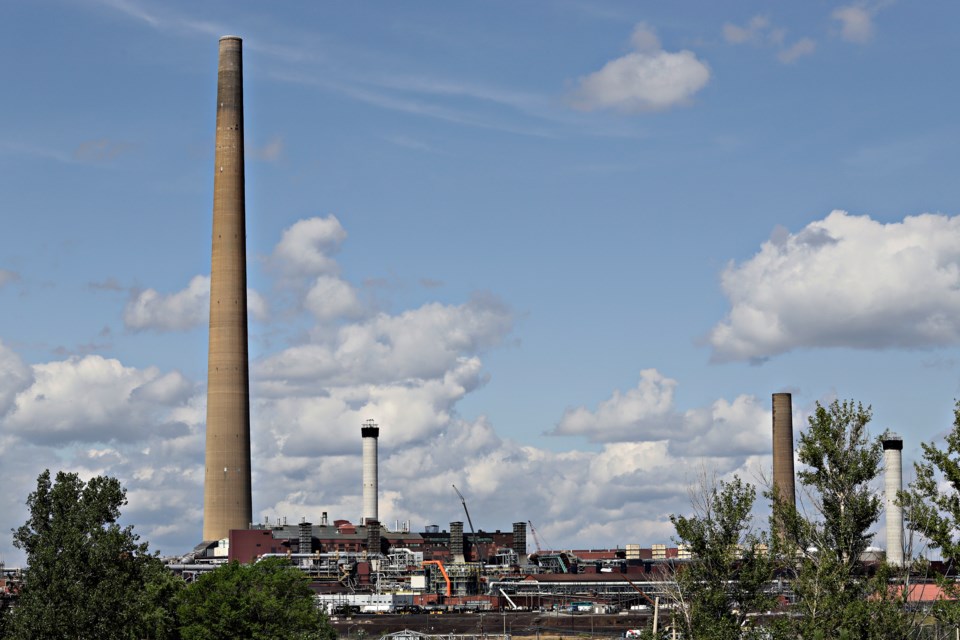 The skyline around Vale's iconic Superstack has changed a bit over the past few months.

It's important to understand that the two new stacks aren't replacing the function of the Superstack, said Danica Pagnutti, spokesperson for Vale.

While the Superstack was primarily used for sulphur dioxide dispersion, that sulphur dioxide is now being processed by the wet gas cleaning plant, which is part of the nearly complete, $1-billion Clean AER Project.

The two new stack will process other gases from the smelter.

“They are a good conversation starter, and lots of people are talking about them,” Pagnutti said. “There's a lot of curiosity about how they integrate with our operation, and what they mean for the Superstack.”

Once the Superstack is decomissioned, Vale will review options and timing to determine when the demolition will begin, which is another topic Sudburians have been discussing since it was first announced.

“It's true the Superstack is iconic, and many people in the community have an emotional attachment to it, however, we believe no longer requiring the Superstack is a clear indication of how long we've come as a company and a community in terms of reducing our environmental impact,” Pagnutti said.

Construction on the Clean AER Project began in 2012, and once fully commissioned by September this year, it will reduce sulphur dioxide emissions by 85 per cent and metal particulate emissions by 40 per cent.

A celebration of the completion of the project will take place in mid September, said Pagnutti.

“This historic milestone reflects years of dedicated effort from both our project and operations teams and is something all of us at Vale and in the City of Greater Sudbury can be proud of as we significantly reduce our environmental footprint in the community,” said  Dave Stefanuto, vice-president of North Atlantic Projects and Base Metals Technology, in a news release.