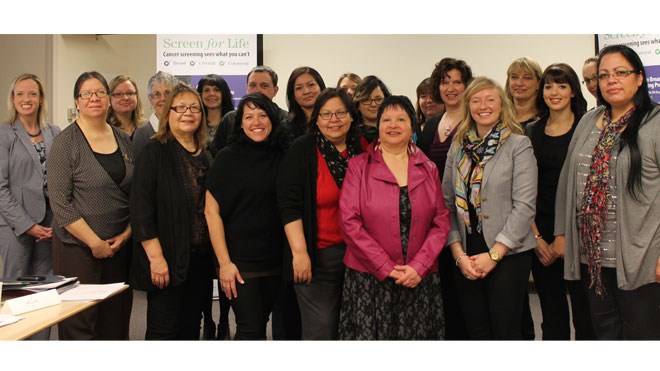 The pilot program launched in 2011 thanks to funding from Cancer Care Ontario.

“In this short time, we have not only seen awareness and access for cancer screening increase, but we have also built strong relationships with our Aboriginal partners,” said Mark Hartman, vice-president of diagnostic imaging and cancer services at Health Sciences North, in a release. “These relationships will help ensure the advances made with this project will continue.”

The project used a collaborative approach with the 21 Aboriginal communities to reach people who were under screened in the past.

Under/Never Screened pilot project was also able to identify barriers to cancer screening, such as lack of transportation and culturally appropriate materials and come up with solutions that directly addressed those barriers.

“The leadership of the Anishinabek Nation continues to be genuinely impressed by the level of commitment and engagement demonstrated by Cancer Care Ontario, in addressing the health needs of our people,” said Union of Ontario Indians Grand Council Chief Patrick Madahbee, in a release.

“This project represents a major step in ensuring that our citizens are afforded the opportunity to be screened much earlier, and with resultant better outcomes. Our growing relationship with Cancer Care Ontario represents a true partnership, one we see as only growing stronger now and in the future,” he continued.