Could there be a second Sudbury mining camp? 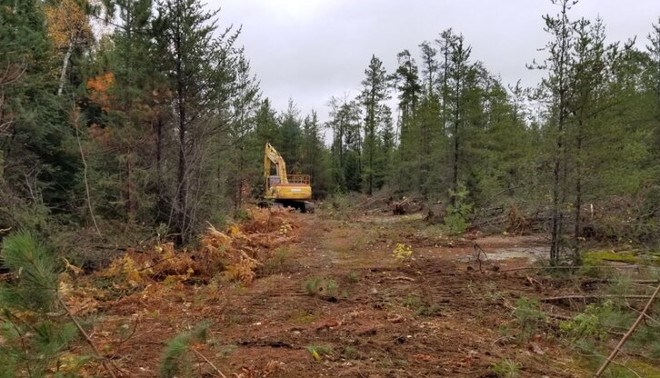 An exploration company probing for nickel and other base metals on the outer fringes of the Sudbury Basin is claiming a “breakthrough” on one of its properties.

In a Nov. 14 news release, Toronto-based Inventus heralds the “opening of a new exploration frontier” in the basin, based on the discovery of three offset dykes and a breccia belt more than 14 kilometres long.

In the Sudbury mining camp, dykes are considered attractive exploration targets to look for potential orebodies.

These mineral-rich geological formations were created by the meteorite hit that formed the Sudbury Basin close to two billion years ago.

Inventus has two main properties, Sudbury 2.0 and the Pardo Paleoplacer Gold Project, 40 kilometres and 65 kilometres northeast of the city, respectively.

This area has long been considered prospective ground for mining companies to look for a second mining camp.

In the early 1990s, Falconbridge and Teck were scoping the area, known as the Temagami Magnetic Anomaly, and undertook large airborne, seismic and magnetotelluric surveys, but ultimately came up dry.

But they’re far from finished, the company said, given that they’ve got more than 200 square kilometres of property to explore.

Inventus compares the veining and mineralization as being similar to the copper and platinum group metals footwall orebodies found at KGHM’s Levack Mine Complex on the North Range.

The next step is drilling and targeted geophysics to determine the dip, thickness, and presence of the mineralization below ground.

“We believe that our work has now opened a new frontier for exploration in Canada’s largest mining camp.”

Inventus has property close to where Flag Resources was granted a provincial permit to explore on its claim near Wolf Lake, 47 kilometres northeast of Sudbury. Local activists want the area protected from mining activity.