Councillors get behind four 'transformational' projects 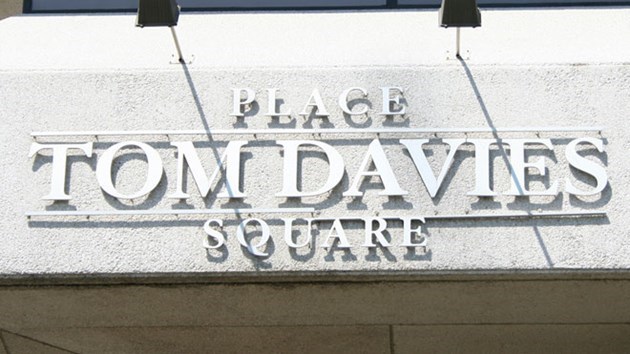 Meeting on Tuesday, city councillors selected an arena/events centre, a new art gallery and main library, the Place des art and the Synergy Centre as their top priorities for big projects. File photo.

City council has identified four “transformational” projects it wants to make a priority this term.

Meeting on Tuesday, councillors selected an arena/events centre, a new art gallery and main library, the Place des art and the Synergy Centre among a total of 16 big projects community groups pitched at a special session in November.

“We're living in the hub of Northern Ontario,” Mayor Brian Bigger said at the outset of the meeting. “It's time to invest in our community.”

With that, councillors broke into two groups to examine the 16 proposals in more depth. Each voted on five projects, and both groups picked the four that made the final priority list. One group also picked a light rail transit project, while the other picked the arts junction project.

While picking the top four, Bigger said that doesn't mean staff and council won't get behind other projects. But staff will offer a deeper analysis of the four projects and will bring back a report on how to move them forward.

“So this is not the end for projects that were not prioritized in the top four,” Bigger said.

Ward 10 Coun. Fern Cormier said the goal of Tuesday's meeting was to get the list down to a manageable size so the city can do an in-depth analysis of each.

“We have a very clear direction we can give staff,” Cormier said.

Ward 7 Coun. Mike Jakubo said it's a perfect time to build some of the big projects in Sudbury because the federal and provincial governments want to work with cities to build infrastructure projects, and have set aside billions to support them.

“For the last 8-10 years, there's been no partnership on that front,” Jakubo said.

But he warned that this was just the first step in a long road in making the projects a reality.

“It really is just the beginning.”

Ward 12 Coun. Joscelyne Landry-Altmann encouraged her colleagues to keep the big picture in mind. She said there was a lot of opposition to Science North when it was proposed decades ago. The city was reeling from mining layoffs and many people opposed spending so much money on a science centre.

There will be opposition to whatever they decide to do, she said, and councillors will have to stay focused and determined to be successful.

“Remain brave and remain courageous because we're going to have to make some difficult decisions.”

A look at the projects:

-- Synergy centre: $65 million multi-use performing arts/meeting centre that would be built downtown. Using technology developed in Europe, it would transform into a number of configurations depending on the event.

-- Place des arts: The $29.4 million project would be a five-storey facility that includes a great hall that would seat 300; a gallery; a community arts workshop; and a multi-use studio could host musical performances and dance recitals.

-- New main library/art gallery: would replace existing facilities in Sudbury, separately they would cost $27 million (art gallery) and $20 million (library) but the groups are now working together.