COVID-19 taking its toll on seasonal tourism in Northern Ontario 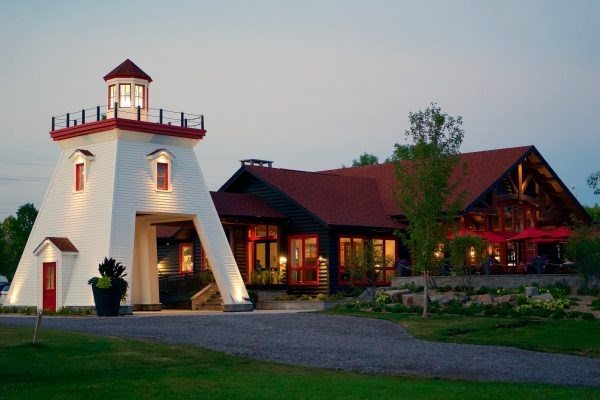 Killarney Mountain Lodge is looking at a $4-million loss in revenue as a result of travel restrictions and measures put in place to prevent the spread of COVID-19, said the facility’s general manager.

Kelly McAree said Killarney Mountain Lodge, like many other seasonal tourism destinations in Northern Ontario, has felt a “significant hit” from the novel Coronavirus, including $300,000 in cancellations for weddings or from leisure guests.

The lodge is slated to open June 15, but is usually open for the season on May 1 with about 6,000 regular guests throughout the season.

Furthermore, the Sportsman’s Inn Resort and Marina in Killarney, which has the same ownership, won’t be opening this season.

“We have determined it is more cost effective to survive just by opening the lodge for this year,” said McAree.

Killarney Mountain Lodge was set to have its biggest complement of staff this year at 175 employees; however, that is now down to just 74, said McAree.

“We are focusing on already-trained staff and locals to make sure we have the highest capacity to deal with any influx that might come,” McAree said. “There are a lot of positive signs from folks taking advantage of booking within the province and staying closer to home, so our phones have been busy.”

In anticipation of some restrictions being lifted, McAree said they are making plans to provide services based on what the province allows them to do. Of course, there will be new protocols in place for cleaning and sterilization practices, McAree said.

"We're pretty proud of (our plan), it covers all the bases."

Killarney Mountain Lodge has been in a growth phase for the last five years, but now they are going back to where they were two or three years ago in terms of budgeting.

“We are basing what resources and expenses we need to survive right now on our budget for 2017/2018, so we're essentially stepping back in time when it comes to budgeting,” McAree said.

“We've had such great success coming up to this year, and having to step back is painful, but a lot of the groups that cancelled this year have rescheduled for next year, so next year is already looking very strong.”

The Sportsman's Inn will reopen for Jan. 1, 2021 for the snowmobile season, said McAree.

Services that will be available at Killarney Mountain Lodge will include the main dining room open for breakfast, lunch and dinner, with a bit of a menu reflecting the restaurant at the Sportsman's Inn and the steak house, which also won't be open this year, said McAree.

The marina will be open, with canoes, kayaks and bikes available, and he anticipates being able to offer the sauna, pool and the gym.

While Killarney Mountain Lodge will be able to weather the COVID-19 storm well enough in the long run, the future is bleak for many other seasonal tourism businesses in Northern Ontario, and operators are going to feel the financial effects of COVID-19 for two or three years, said the executive director of Nature and Outdoor Tourism Ontario (NOTO).

Laurie Marcil, who has been heading up the organization since 2014, said a recent survey conducted by NOTO showed if seasonal tourism businesses weren’t allowed to operate for May and June, they would lose 40 to 50 per cent of their income, and about 30 per cent said they believe they are facing permanent closure.

The industry, as a whole, isn’t allowed to open yet under restrictions put in place by the provincial government to prevent the spread of COVID-19. Furthermore, seasonal tourism operators depend heavily on guests from the United States, said Marcil. With the borders still closed, that clientele is no longer coming here to hunt, fish and vacation at lodges, camps and resorts in Northern Ontario.

“It's really unnerving and concerning that we can't open, and that we've been impacted this way,” said Marcil.

The seasonal tourism industry in Northern Ontario contributes more than $400 million a year to the economy, she said, so it’s not just the operators who will be affected, but the entire province.

Seasonal tourism business owners have four to five months to generate revenue, she said. At this point, even if they can open for part of the season, they still won't see any U.S. guests coming in.

“We know there's a high demand for our services in the domestic market, which is great, but with a shorter season, we can't see that making up the full revenue,” Marcil said.

Bear hunting, for example, is one of the hardest-hit sectors right now, she said. The spring bear hunt usually takes place right now, but outfitters are out millions of dollars.

“We fought so hard to get it back, and now we have this,” Marcil said. “We conducted a survey in March, and out of 121 bear outfitters that responded, they were going to lose $2.5 million, and there are 400 bear outfitters.”

Normally, the spring bear hunt brings in around $40 million a year. That will  be wiped out for a year.

Another contributing factor to the situation is the lack of government supports in place for seasonal tourism businesses, she said.

Based on feedback from operators in Northern Ontario, Marcil said it’s clear the government supports that are available have missed the mark when it comes to seasonal businesses.

“We've been advocating for changes, but because of the way seasonal businesses pay themselves — a dividend, where if there's money left at the end of the year, they get paid — combined with other factors, they don’t necessarily meet the criteria for the provincial and federal financial supports in place for other businesses.”

When you are seasonal, you can't show your losses until you're technically supposed to be open, which means they haven't been able to show their loss until right now, and right now, it doesn't look like they can be open, so they aren't able to hire staff using that subsidy, Marcil said.

“So, they've been living off of nothing since mid March.”

Meanwhile, tourists who have made reservations throughout the season are trying to be accommodating, Marcil said, but some are asking for deposits back.

“It's not the operators’ fault this is happening, nor is it the guests’, so in order to make sure they don't lose those guests, they are looking at sharing the burden, which means the operator will give them a portion of their deposit back, or hopefully, guests will just postpone their trip.”

Even that presents issues, though. If you postpone that deposit, and use it for next year, then next year's operating cash at the start of the season, when they need it to open, is not there, Marcil said.

NOTO is taking the concerns of season tourism operators to the Tourism Industry Association of Ontario and directly to the provincial government to let them know how this translates down on the ground, Marcil said.

“We have seen some improvement and easing of things, but these are loan programs, and who wants to go into more debt when they are facing no revenue,” she said.

“Operators are being told they can't open, but they still have to pay for such things as Crown land use fees, even though you aren't able to use them. Then there's no relief for our types of mortgages, there's no relief for all of the equipment leases we have, as a lot of operators take great pride in having new equipment, such as fishing boats and motors and ATVs,

The industry is also facing some pushback from the public, Marcil said. When they are allowed to open, operators need to bring in tourists from outside of Northern Ontario, but in a pandemic, it’s clear the public has issues with that practice.

What the public needs to know, Marcil said, is operators are going to take every measure to put protocols in place to protect everyone.

“We’ve been co-ordinating those efforts with the World Travel Network, as well as the World Health Organization, and developing protocols including everything from when the guest arrives to when the guest leaves,” she said.

The number of guests ranges, but some of the larger outfitters could have upwards of 120 guests, while smaller operators could have 40.

At an outpost camp, guests are flown in, and they stay there for the duration of their vacation, then when they fly out, more guests replace them. With the protocols in place, the camps will have to be deep cleaned between guests, and even the planes used to transport them will have to undergo increased cleaning, even while transferring between guests.

“People are really going to have to think about how they provide that extra insurance to their guests and do the extra cleaning that is going to be required,” Marcil said. “That's all going to take time and money.’

But the industry is committed to providing all of those assurances and doing all of that work, she said.

“There's so much to think about with these protocols, but we've been working diligently to help build them, but at the end of the day, we are confident we will have safe destinations once again. They've always been safe, but now they will be safe based on protocols for COVID-19.”