A decision on whether the Maley Drive extension project will go ahead is expected in the next few months, says Greater Sudbury Mayor Brian Bigger.
Jan 15, 2016 1:48 PM By: Darren MacDonald 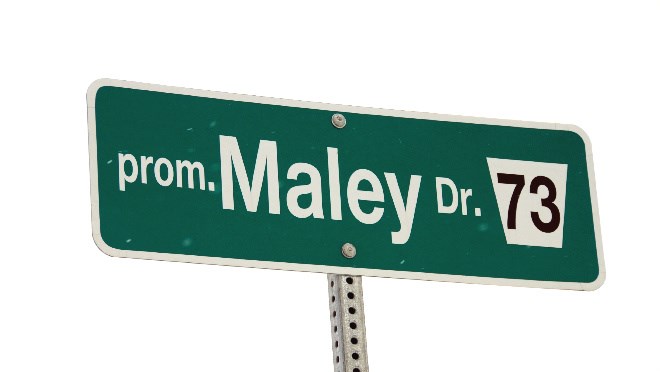 Maley Drive Extension critics and supporters will get a chance to vent Tuesday evening as the city hosts a public input session on the $80.1 million project. File photo.
A decision on whether the Maley Drive extension project will go ahead is expected in the next few months, says Greater Sudbury Mayor Brian Bigger.

Speaking after city council this week, Bigger said they have signalled to the federal government the $81 million project is still a priority for the city.

"I've met with our MPs and I know that infrastructure and finance are doing public consultations right now,” he said. "We've clearly signalled that we want the project. It clearly is a priority of the council and always has been a priority of our council."

A report on Maley prepared by consultants AECOM concluded the project would save drivers 457,000 hours a year for car drivers and 50,800 for big trucks. In dollar terms, that represents $11.1 million a year.

In terms of real dollars, Maley would save car drivers $1.15 million in operating costs a year, as well as $360,000 for truck drivers. It would also reduce greenhouse gas emissions by 2,459 metric tonnes a year.

Stretched over the 30-year lifespan of the roadway, the report concludes the net benefit to the city would be $135.6 million, or a return of $2.75 for every dollar spent.

The project, which has been on the books for decades, would complete a road ring around the city, allowing heavy truck traffic to bypass downtown as they travel east or west. It would also make give drivers in the Valley, New Sudbury and the Garson area more options to get across town.

Costs would be split evenly between the province, the city and the federal government. The province has already committed its one-third share of the funding, so all that remains is getting federal support.
Bigger said it will take some time before the newly elected Liberal government in Ottawa starts making infrastructure decisions.

“They're in the process of ... determining when they are going to provide those funds,” he said. “We're working with a new government. We're making sure that we have all of our due diligence in place, crossing all the t's, dotting all the i's, and that's really where the process is at this point ... We're just waiting for that next step."

"I was in contact with them in November and everything is in,” Lefebvre said. “They're reviewing it and we should have a decision within the next few months, I hope."

His role is to advocate for projects that elected city officials select, he said.

"If it's a priority for the municipality, I will advocate for it and see what I can do to help out to make it happen,” he said, adding he's “optimistic” funding for Maley will be approved.