Lawyer hammers home point that Andrew Olivier knew he was not going to be the Liberal candidate in 2015
0
Sep 7, 2017 6:28 PM By: Darren MacDonald 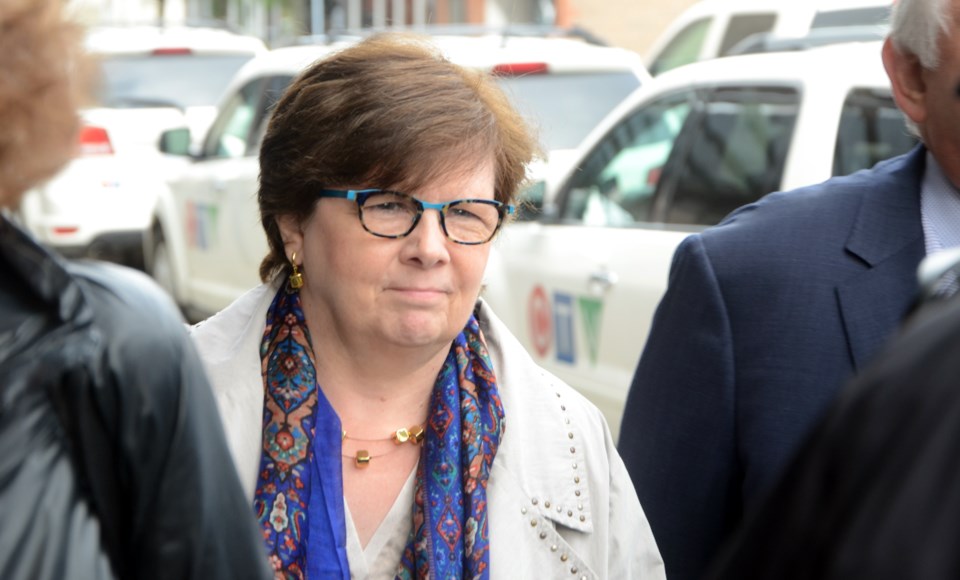 The defence strategy at the Sudbury byelection bribery trial was on display Thursday, as the trial's first day wrapped up in the Ontario Court of Justice on Cedar Street. (File)

The defence strategy at the Sudbury byelection bribery trial was on display Thursday, as the trial's first day wrapped up in the Ontario Court of Justice on Cedar Street.

Lawyer Michael Lacy, representing Gerry Lougheed Jr., repeatedly tried to get Andrew Olivier to admit he knew that he had no chance of being the candidate for the Liberals in the February 2015 byelection.

Lougheed, a Liberal fundraiser at the time, and Pat Sorbara, the then Ontario Liberal Party CEO, are accused under the Election Act of offering Olivier a job or appointment to get him to step aside for Glenn Thibeault, who was Wynne's preferred candidate.

Sorbara is also facing a second charge, in relation to an alleged offer made to Thibeault to get him to become the candidate.

Lacy has been focusing on the word “candidate,” arguing that Olivier knew he had no chance to be the Liberal pick in Sudbury.

Crown prosecutor Fern Brewer asked Olivier why he agreed to meet with Thibeault after speaking with Wynne.

“Glenn was the kind of person I thought would level with me,” Olivier said.

They didn't talk about specific jobs, he testified, just options in general terms.

“Which way were you leaning?” Brewer asked.

“I still felt an open nomination was the best way to go,” Olivier replied.

Olivier said he held a news conference in December 2014 to reveal everything that had happened and why he was pulling out of the race.

Otherwise, people would wonder why he would quit after coming within 850 votes of winning in June 2104.

“I decided to let everyone know my decision,” he said. “I'm the sort of person who would continue fighting.

“Going public was the best way” to let everyone know what was happening, Olivier said.

After his newsconference and the subsequent outcry, he said all contact with the Liberal Party stopped.

“I didn't hear from anyone after that,” Olivier said.

It was sometime after Christmas he decided to run as an independent.

“I had a lot of fire in my belly” after everything that had happened, he said, explaining why he decided to run.

Lacy then asked him if anyone from the Liberals tried to convince him not to run as an independent and thus take votes away from Thibeault.

Lacy pointed out that, unlike the June election, Olivier didn't file papers as a candidate for the byelection.

“You only filed to be a candidate in the byelection when you decided to run as an independent,” Lacy said, and Oliver agreed.

He then referenced the June election, when there were rumours Wynne might appoint a candidate – later revealed to be Marianne Matichuk, mayor of Sudbury at the time. When Matichuk refused the opportunity, Wynne opted for an open nomination.

“But you understood Premier Wynne could decide to appoint a candidate?” Lacy asked Olivier, and he agreed she could.

“And when you talked with Premier Wynne (in December 2014), she told you it was acclimation or appointment. An open nomination was off the table?” Lacy asked.

“No, I didn't know that,” Olivier responded.

But then Lacy pointed to transcripts of an interview that occurred during the Elections Ontario Act investigation. In that transcript, Olivier was asked repeatedly why he kept talking to Glenn Thibeault and others when he knew Thibeault would be the candidate one way or the other.

“What was made clear to you was that Glenn Thibeault was going to be the candidate,” Lacy said.

Olivier disagreed, and said that discussions he had with Wynne, Sorbara and Thibeault were focused on getting them to allow an open nomination.

“So you're trying to get the Liberal Party to change their mind?” Lacy said.

The issue is important because Sorbara and Lougheed are accused of offering bribes – a job or an appointment – to get Olivier not to run for the nomination. But Lacy is arguing that since Thibeault was going to be the candidate regardless, Olivier couldn't have run for the nomination anyway.

Therefore, he couldn't be bribed not to run.