One third of Canadians have either diabetes or prediabetes
Feb 15, 2017 4:08 PM By: Heidi Ulrichsen 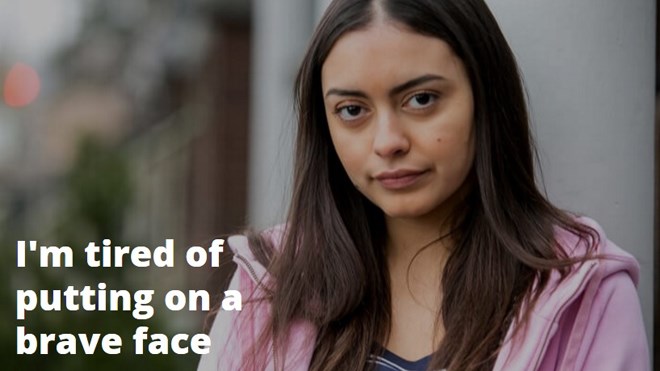 Diabetes Canada — formerly known as the Canadian Diabetes Association — has launched a new campaign called End Diabetes to reduce the stigma and health impacts associated with the disease. Supplied photo.

Even though about one third — or 11 million — Canadians have either diabetes or prediabetes, people with the condition feel there's a stigma associated with having the disease.

The stigma runs so deep that one third of people with diabetes say they hesitate to disclose they have the condition, said Candy Lipton, senior leader, eastern Canada with Diabetes Canada.

This is especially true when it comes to Type 2 diabetes, as it's seen as a preventable disease caused by poor lifestyle choices. In reality, other factors such as age and family history also play a part, she said.

“They feel that employers may not treat them fairly or promote them because they don't understand the disease,” Lipton said. “If people are stigmatized or they're distressed as a result of their diabetes, actually can impact the health outcomes.”

That's because they may be hesitant to do blood tests or give themselves insulin injections in public, and if diabetes isn't properly managed, people can end up with more severe complications.

That's why Diabetes Canada launched the End Diabetes campaign this week. The campaign is a rallying cry to stop the health impacts of diabetes and well as end what she called the shame, blame and misinformation surrounding the disease.

“Fear of stigma and discrimination is a reality for people living with diabetes and many don't want to admit they have the disease,” said Diabetes Canada's chief science officer, Dr. Jan Hux, in a press release.

“People suffer in silence and this new campaign invites Canadians to think about diabetes in ways they never have before.”

As part of the End Diabetes campaign, a new ad featuring the real words of people with diabetes has been put to song.

“It's really trying to showcase the struggle that people with diabetes live with every single day,” Lipton said.

Diabetes Canada was formerly known as the Canadian Diabetes Association. The organization changed its name this week as part of a rebranding launched alongside its End Diabetes campaign.

More collaboration needed as services for homeless population can be confusing and frustrating
Jan 27, 2021 10:31 PM