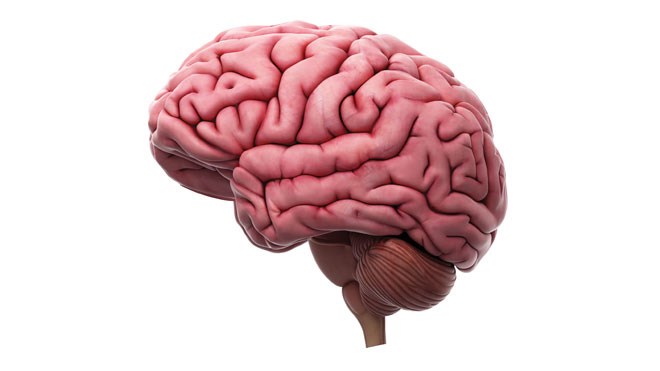 If you’re a sports fan, you’ve heard it before. A player takes a big hit and it’s downplayed as “having their bell rung” or “their cage rattled,” and even “seeing stars.”

We downplay the injury with language, and we often praise those who don’t seem to suffer any effects. Or even if they do, they are stitched up, slapped a few times, and sent back out to play – with an approving crowd cheering wildly.

But as the word concussion begins to aggressively infiltrate the media, the medical community, and youth in sports, it’s time to recognize that there are long term consequences to these actions, and our children should not pay that price.

One child who did pay the price was Rowan Stringer, and she was 17 when she died of Second Impact Syndrome, a rare condition, but one that was brought on when she suffered two concussions in one week while playing rugby.

After the inquest into her death, and thanks to the advocacy of her parents, a legislative advisory committee developed an Act to cover all youth sports – both non-school and school based. It was passed in March of this year and establishes the last Wednesday in September as Rowan’s Day.

In honour of Rowan’s Day, and National Coaches’ Week, the Sudbury Wolves and Kicx 91.7 sponsored an event put on by The Northern Ontario School of Medicine for parents, coaches and trainers to learn more about concussions, and what they can do to support recovery.

Students Cassidy Hill and Ellie Anderson arrived at the event after spending their day in a booth at Laurentian University’s Team Up Against Concussions chapter, in support of Rowan’s Day and helping others learn about concussions.

They were surprised by the lack of knowledge surrounding concussions.

“When we have the booth open, we ask them (visitors) questions, and they really don’t know anything about concussions, or how to support someone who has a concussion,” Hill said.

Ron and Nathalie Goudreau attended as parents, and Ron as a parent-coach.

He said he remembers playing hockey in school when his concussion protocol was “take a couple of Advil and go to sleep,” but he wants more for his kids, now 11 and six.

“I’m a coach on both my kids teams, so it’s nice to know what to look for when kids get a concussion, because a lot of kids will tell you ‘well, I feel good’ – but are they really good?” he said.

This is where an important part of the presentation comes in. While those in sports may have heard of the SCAT5, a diagnostic tool used by medical professionals – and often in the NHL – there is information missing for those who simply want to know what a potential concussion looks like.

Presenters pointed to the reliable and useful Concussion Recognition Tool 5 (CRT5), given out for the evening (with copies available here).

It is a series of steps - an assessment tool for suspicion of concussion. And as was made clear for those in attendance, because you are not making a diagnosis, if you even have the suspicion that something may be off, the injured person should ride the bench.

“We emphasize that your role as parents, coaches and trainers is to suspect a concussion, not diagnose it,” said Dr. Tara Baldisera, a family physician, Medical Director of the Sudbury Sport and Exercise Medicine Concussion Clinic, and one of the presenters.

“You can do this by using, and being familiar with, the CRT5.”

“Because you are not diagnosing, only suspecting, the threshold for suspicion is low,” he said. “So really, after a mechanism of injury (something that would cause a concussion) and any of the following symptoms that should raise the suspicion, that would necessitate a medical evaluation.”

In other words, because you aren’t officially proclaiming it a concussion, you can, and should, mention your concerns.

In fact, they have a handy motto for it: When in doubt, sit them out.

“Leaving an athlete in play, when there is doubt…the ramifications of leaving that athlete in play and having a subsequent concussive injury in the same game can be quite concerning,” said Quesnele.

Even the term mild concussion can change the view of one. The presenters noted that not only is there no classification of concussion in this respect – rather, a concussion is considered a “mild” traumatic brain injury – but that each concussion is different.

If you do suspect a concussion, treatment might look different than you expect it too. If your first inclination is to keep the injured person awake – or at least aware every hour – or even to leave them in a dark room for extended periods, you may be doing more harm than good.

Rest is important for those with a concussion, as highlighted by the presenters, but the difference is it should never be unsupervised. At the very least, they should be watched for symptoms, not allowed to drive or operate machinery, to use alcohol or prescription drugs, and again, not to be left alone.

As for the dark room?

“Sensory deprivation in these situations does not lead to better outcomes,” said Quesnele. “It does not promote recovery or ease discomfort. In fact, what it does is harvests/fosters anxiety for the athletes, social isolation, and these things wreak havoc for that brain. It also sets the stage for de-conditioning.”

Though it was once advised against, exercise as part of the treatment strategy can actually help recovery times. It’s about taking each step to recovery gradually, and without pushing beyond limits.

In addition to working with your primary health care provider and your child’s school, you can see the recommended stages for post-concussion treatment online.

When you looking to help your child back to school, there are clear objectives under Return to Learn, and when the concussive patient is ready for sport, there is Return to Play.

Gaining a more complete understanding of concussion, not only as a tool to help diagnose but to also separate fact from fiction, is very important. Especially that concussion is a part of life, and though fear may have you wanting to seal your child in bubble wrap, that will hurt them more than a concussion might.

“We always say, it’s never no sports, but a transition to a sport that’s lower risk,” said Kenrick-Rochon.

“However, I would really like to drive home that concussions are going to occur. That’s really quite inevitable with sport, but the risk to our kids is actually far greater pulling them out of sport related to a fear of concussion.”

If you’re looking for more information about concussions, you can visit Parachute Canada, the Ontario Neurotrauma Foundation or speak with your primary health provider.

Jenny Lamothe is a freelance writer, proof-reader and editor in Greater Sudbury. Contact her through her website, JennytheWriter.wordpress.com.