Homeless Sudburians who want to warm up at the Elgin Street Mission in the wee hours of the morning this winter are out of luck.
Nov 1, 2013 7:36 PM By: Heidi Ulrichsen 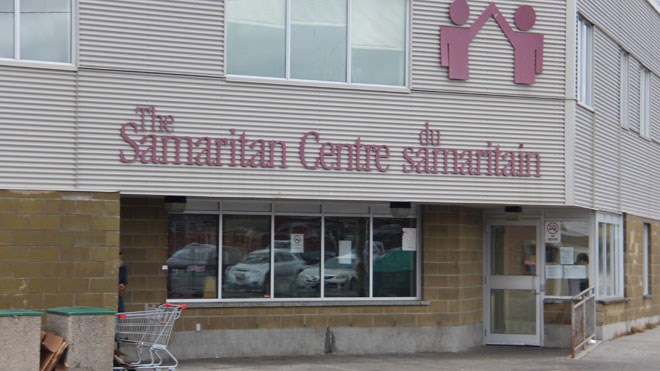 The organization, which operates out of the Samaritan Centre in downtown Sudbury, announced last month it will no longer be open 24 hours a day, seven days a week, from Nov. 1 to March 30.

Part of the reason behind the decision is although the mission was open non-stop for five months, they only received a municipal subsidy for the service when an extreme cold weather alert is issued by the City of Greater Sudbury.

That added up to about 40 to 50 days, meaning the Elgin Street Mission was subsidizing the rest of the bill — to the tune of $50,000 — through fundraising.

The Elgin Street Mission will still be open as a warming station this winter when it gets down to at least -15 C or -20 C with the windchill.

Pastor Rene Soulliere, chaplain and director of the Elgin Street Mission, said the Sudbury and District Health Unit wasn't thrilled people were allowed being allowed to sleep in the dining area.

“We're a feeding station, not a shelter,” he said.

New Hope Outreach Service, the landlord of the space the mission occupies, has been patient, but has felt the impact in the increase of utility costs because of the long hours at the mission, Soulliere said.

There's also security problems that come with the inability to lock down certain areas, he said.

Soulliere said there were about 13 people who regularly slept on the floor of the mission.

He said sleeping on “hard floors” instead of on a bed isn't necessarily what's best for these clients.

“It's just not good for us, and not good for the clients, because it's not healthy for them,” Soulliere said.

So how is this change going to impact homeless people in Sudbury?

When the Elgin Street Mission is closed, they'll still be able to access shelter in places such as the Salvation Army, Cedar Place for Women or detox, he said.

Soulliere said homeless people also often end up in the hospital's emergency room when they need medical assistance or at the police station when they're picked up by police for being publicly intoxicated.

There's also people who are dedicated to finding more permanent housing for these individuals.

“I don't think the risk or danger is going to be greater whether we're open or not,” he said. “There's other places they can go to.”

From his vantage point, though, the biggest gap in services for the homeless is the lack of a “wet” homeless shelter. People aren't allowed into most local homeless shelters if they've been drinking.

He said the City of Greater Sudbury is currently looking into creating such a shelter.

“I believe that there's something in the works now,” Soulliere said. “I've had many meetings with the city. They know the situation.”