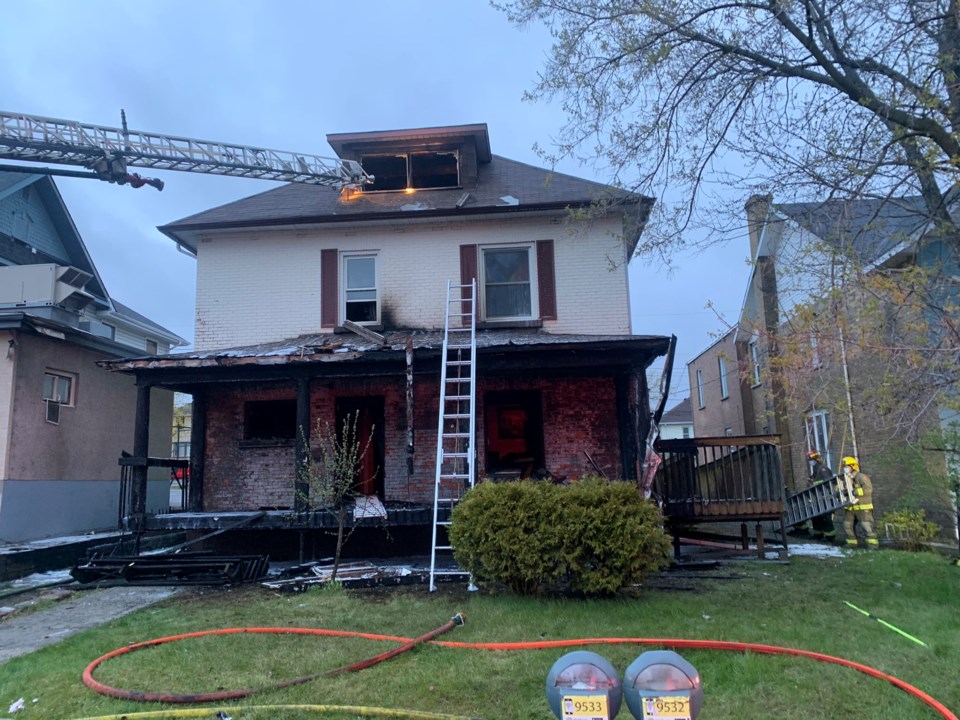 Early indications suggest the cause of the structure fire to be suspicious, GSPS said in a tweet this morning, indicating the Ontario Fire Marshal has been called in to help with the investigation.

Elm St now open in both directions. This has been deemed a suspicious structure fire. No one was inside the building at the time of the fire. We are working in collaboration with the Ontario Fire Marshall. Officers will remain on scene as the investigation is ongoing.

Greater Sudbury Police have released some updated traffic information after a fire on Elm Street early this morning. See their tweet below:

E/B lane towards downtown has been reopened on Elm Street. W/B lane traffic is being re-routed around on Hartman Avenue. Please take alternative routes, where able. Police are still on scene and Investigation is continuing. ^smy

Elm Street in downtown Sudbury is closed between Lorne and Alder streets due to an early-morning fire, according to a tweet from Greater Sudbury Police.