Federal opposition parties are demanding to know why the Liberal government created a $900-million program rather than putting the much-needed funds into an existing summer jobs program
Jul 14, 2020 10:00 PM By: Canadian Press 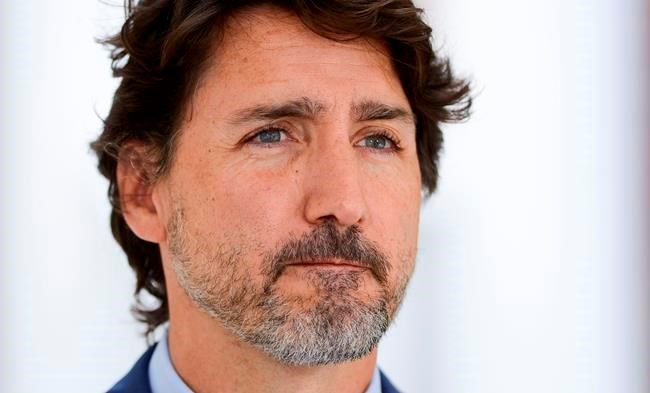 OTTAWA — Federal opposition parties are demanding to know why the Liberal government created a $900-million program to help students find volunteer positions rather than putting the much-needed funds into an existing summer jobs program.

The call for answers comes as the government tries to chart a way forward for the new Canada Student Services Grant, which has been in limbo after WE Charity withdrew from administering the program amid controversy over its links to Prime Minister Justin Trudeau and his family.

The Liberals have billed the grant program as a way to reward tens of thousands of students who want to help with the COVID-19 pandemic and can't find paid work. Participants were told they could earn up to $5,000 toward their education costs by volunteering the maximum 500 hours.

Opposition parties say the Liberals could have accomplished the same task without controversy by putting the money into the Canada Summer Jobs program, through which thousands of positions for students are subsidized by the federal government every year.

"The government chose specifically to ignore the opportunity of the Canada Summer Jobs and instead went for this," Conservative economic development critic Dan Albas said of the Canada Student Services Grant.

"It makes no sense ... They put a ton of money — $912 million — towards an untested concept when they have a ready-to-go program."

The Liberals have expanded the summer-jobs program by increasing the wage subsidy available to companies and not-for-profit groups to 100 per cent of the local minimum wage, expanding what types of positions qualified and extending the eligible work period to early next year.

They also injected an extra $60 million to create 10,000 more positions than last year for students. The move brought the total budget for the program to $323 million and the expected number of summer jobs to 80,000.

The opposition says the available funding is not enough to cover demand in a normal year. The federal Employment and Social Development Department itself says on its website that in 2019, "requests for funding totalled more than three times the program budget."

Neither the government nor WE have said how many volunteer positions they were expecting to fill through the $912-million grant program. There has been criticism that participants receive only $10 per hour — less than the minimum wage in any province.

There have also been questions about many positions advertised as available through the volunteer scheme, including thousands for students to shoot videos, make websites and create other content in placements apparently created by WE to meet the requirements of the volunteer program.

NDP ethics critic Charlie Angus said that stands in contrast to the summer jobs program after the government asked members of Parliament across the country to identify potential positions in their ridings in the spring — many of which did not get funding.

"We had really legitimate organizations ready to hire students to do legitimate work, and all of that was sidelined," Angus said. "These were a lot more credible positions than making a video showing how to do exercises."

The Liberals have indicated they plan to move ahead with the volunteer program despite WE's withdrawal, saying the federal Employment Department has taken over and is looking at ways to make it happen.

But the Conservatives, NDP and Greens all say the government should learn its lesson and put the money into the Canada Summer Jobs program, which is already managed by the government and has a history of success.

That starts with revisiting what the Tories and New Democrats suggested was the large number of summer jobs requested by businesses and not-for-profits and not funded because of a shortage of money.

"The government should be focused on a program that is transparent, that is fair, that is broadly supported by all parties, and that already has a number of applications that have been ranked and have not been filled just because there's not enough money," Albas said.

Green MP Elizabeth May said organizations that applied for positions through the student-volunteer program should also be allowed to transfer their requests to the summer-jobs program.

And if that is not possible, Angus said, the government should be looking at taking the money and putting it into direct financial support for students, including by adding the funds to the Canada Emergency Student Benefit for those unable to find work due to COVID-19.

"They have two options: One is to put that money into Canada Summer Jobs and one is to put it straight into the support for university students so they have the funds necessary to go to school and cut out all these schemes they worked out with WE," he said.

"I think they need to move on this immediately. The summer is getting close to half over. It may be at this point too difficult to get the Canada Summer Jobs up, but there are a lot of organizations that we submitted names for."

Bloc Quebecois Leader Yves-Francois Blanchet, meanwhile, repeated a call on Tuesday for Trudeau to step aside in favour of his deputy Chrystia Freeland while the WE affair is fully investigated. But Blanchet said that based on what's known now, he doesn't believe the Liberal government should fall over it.

This report by The Canadian Press was first published July 14, 2020.

Rainbow Board unveils reopening plans for 2020-21 school year
Aug 11, 2020 6:00 PM
Comments
We welcome your feedback and encourage you to share your thoughts. We ask that you be respectful of others and their points of view, refrain from personal attacks and stay on topic. To learn about our commenting policies and how we moderate, please read our Community Guidelines.