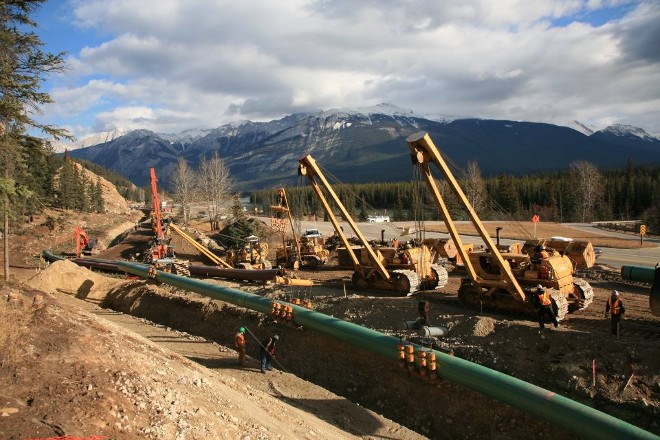 The construction of pipelines in Western Canada stand to benefit small, remote and “fairly poor” First Nation communities in Alberta and British Columbia, according to a new study released by the Fraser Institute, June 11.

The report from the policy think-tank, “How First Nations Benefit from Pipeline Construction,” said a large number of First Nations in these two provinces support the Kinder Morgan Trans Canada pipeline project because they stand to benefit substantially from them through lucrative benefit agreements potentially worth billions of dollars in revenue and employment.

“Pipelines can be economic lifelines for many remote Indigenous communities and offer, perhaps, the only real chance to raise living standards, which is why it’s not surprising so many First Nations support pipeline projects,” said the study’s author, University of Calgary professor emeritus of political science Tom Flanagan.

Flanagan contends the First Nations that oppose pipeline projects have the geographical advantage of being located near Vancouver where they pursue more diversified economic development opportunities such as housing, shopping and entertainment projects.

The Tsleil-Waututh and Squamish First Nations, who are in opposition to Trans Mountain, are active in real estate development.

Squamish also has a lucrative contract with a small liquefied natural gas export facility. The report said Tsleil-Waututh’s opposition has been backstopped for the last decade by the Tides Foundation, a support of environmentalist organizations opposed to pipelines.

“But those opportunities are not available to remote First Nations that must rely on responsible resource development projects like pipelines for their economic prosperity,” said Flanagan.

He wrote that the right for First Nations to be consulted has been articulated by the courts on individual mine, oil, forestry and large recreational projects, but the courts haven’t dealt with the complexity of consultation involving dozens of Indigenous communities on long, linear projects.

On contentious issues impacting the wider economy, Flanagan said Ottawa has the power of expropriation with compensation.

Unless there’s a combination of federal legislation and judicial decisions to break the impasse, Flanagan said a grouping of First Nations, environmentalist activists and NIMBY politicians will continue to frustrate those communities looking for a better standard of living.